VIDEO: Here’s What You Need To Know About The JEFFREE STAR FEUDS!

Which of these beauty YouTubers had the best apology? 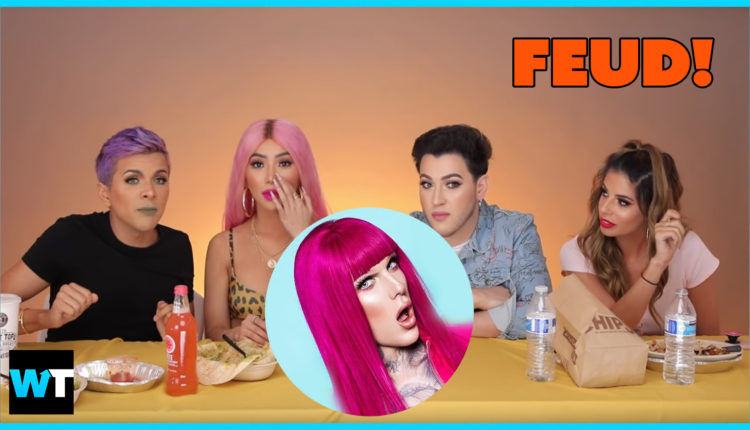 YouTube feuds can be hard to follow. Who started what? What’s this apology video for? What’s this response video about? So I’m here to try and make sense of it as best I can. If you don’t even watch beauty videos you’ve still probably heard about the Jeffree Star, Laura Lee, Manny MUA, Nikita Dragun, and Gabby Zamora drama.

And yes, all those people are involved. All you need to know is they’re beauty gurus. They were all friends, they were all in each others videos until they weren’t.

Jeffree is obviously known for getting in spicy feuds with people. It’s kinda his thing. So basically back in November 2017 Jeffree tweeted that Laura Lee’s soul is pure evil. Which is a bold thing to say about someone if they’re not a murderer in my opinion. But also, I don’t know her.

It’s still not very clear what happened. But that’s okay because there’s more drama to get to anyway. So the drama resurfaced recently, when Gabby Zamora subtweeted Jeffree. And Gabby was friends with Laura Lee at the time he tweeted this. 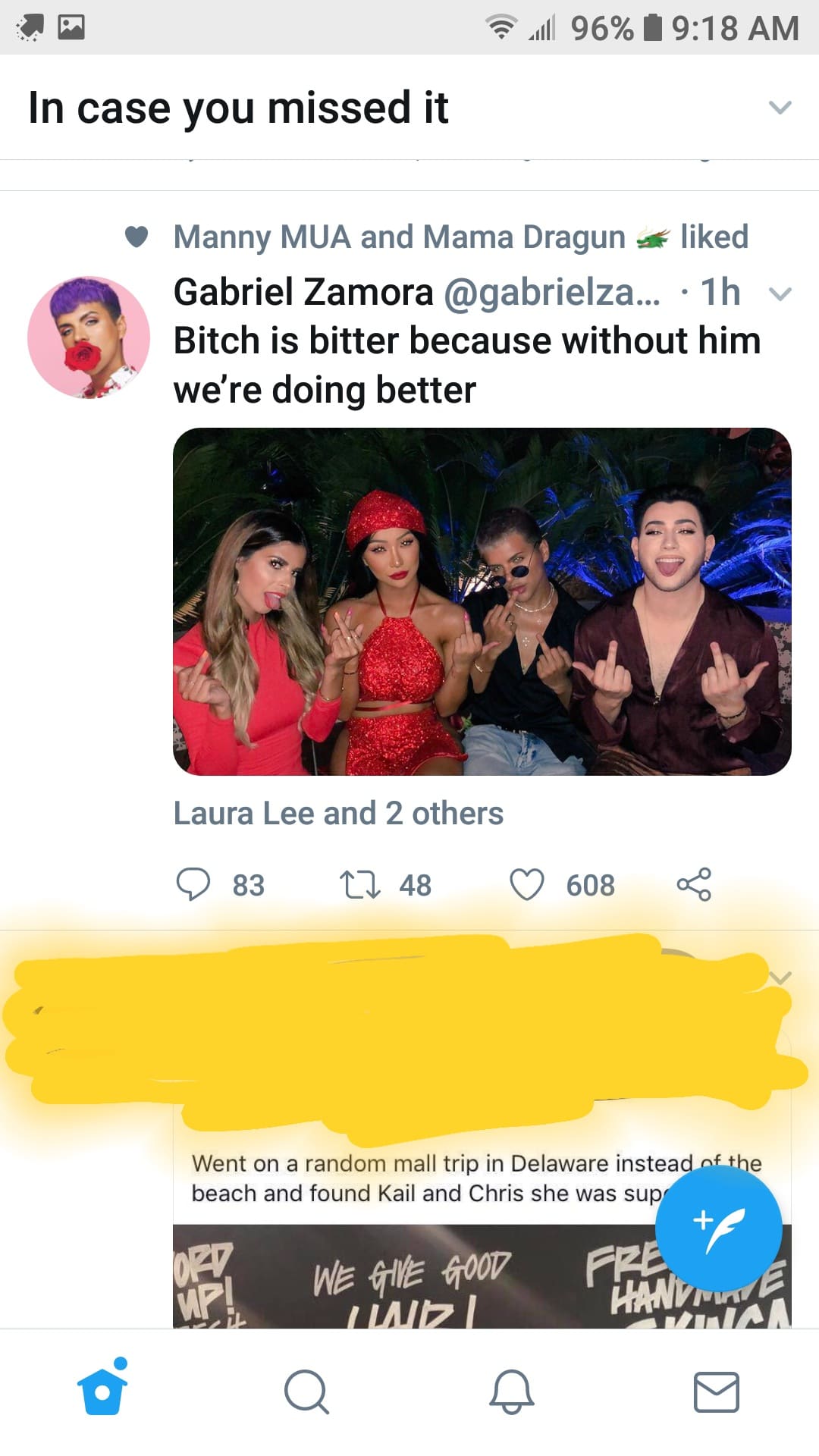 Gabby also tweeted “Imagine stanning a racist? I could never”, referring to Jeffree’s past controversies. Also giving instances of when Jeffree has been racist when they were friends.

Twitter is dangerous and weird. Everybody is trying to start shit with each other by tweeting about it. And honestly what’s the point? I’m not defending anyone in this drama. I’m not staying neutral, I simply don’t like any of them.

So Gabby Zamora’s Tweets didn’t really go over as planned. Which I don’t know what his plan was anyway? Trying to get Jeffree’s millions of fans to stop liking him through one tweet.

So the beauty guru friends started receiving backlash for the post Zamora made with all of them holding up their middle fingers. The gurus had favorited the tweet when it came out, but after people were mad about it… they started saying that they didn’t see what his tweet was captioned, completely throwing gabby under the bus. Which isn’t what friends do.

They claimed thought it was just a picture of them together. Which give me a break, you saw the caption. Who likes a tweet without reading it… nobody. Twitter is literally all about the caption.

So the internet did what the internet usually does. People went through Zamora’s old tweets and found some problematic tweets.

But racist tweets were also found from the other members of the friend group, nikita dragun, manny mua, and laura lee. Uh oh. If you’re gonna tweet about how someone is racist you probably shouldn’t have tweeted something racist yourself.

So between Shane Dawson’s Jeffree Star docuseries, which shows Jeffree in a positive light, the racist tweets from the beauty gurus, and the middle finger photo the clique tried making apology videos explaining themselves. The only apology that seemed remotely genuine was from Gabby Zamora. It was a 50 minutes explanation and apology, and Jeffree star said he accepted his apology. great.

But the rest of the gurus’ apologies were kinda a mess.

Nikita “apologized” on instagram stories. But never said “i’m sorry”. She just said she wasn’t the same person she used to be, but then calls the tweets “fake tweets and accusations”. Which is kinda contradicting, because she was just defending herself.

Manny also made an apology and people didn’t really like it. Also Jeffree said he didn’t accept it. And last but not least Laura Lee made an apology. And most everyone is calling it fake. She kinda cries the whole video without there being any tears rolling down.

In the words of Rihanna. Don’t tell me you’re sorry when you’re not. Baby when I know you’re only sorry you got caught. But let us know what you think? Who’s the worst? Let us know in the comments or on Twitter at @WhatsTrending