VIDEO: Is Climate Change To Blame For BEAR ATTACKS?!

Why oh why didn’t we do anything about climate change for the last, uh, four decades? 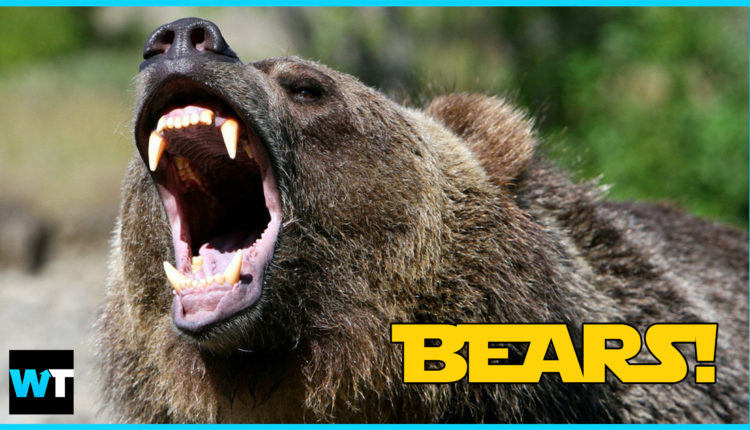 Climate change is responsible for a lot of things. Rising sea levels, destruction of natural splendor and wildlife habitats. You know, fun stuff we’re all cool with. But did you know climate change might also lead to a stark increase in bear attacks?

Climate change is wreaking havoc on much of Alaska, threatening coastal villages and the livelihood of farmers. But an increase in bear attacks is one of the previously unforeseen consequences of climate change.

A warming climate has altered the growing season of wild berries. This is a big deal for the native Yupik population, who would traditionally subsist on salmon for much of the year, and then pick wild berries after the salmon rushes ended.

But the warming climate has oddly pushed those two seasons together. For many communities in Alaska, this means eating one or the other, and then having nothing for the other months in the year.

And that goes the same for the local bear population. With berry crops drying up, the bears are venturing out of the forest looking for something to eat. An arboretum in Juneau and a fish-cleaning facility in Cordova have already had to temporarily shut down because they were overrun with bears.

An Alaskan elementary school was also recently evacuated when a bear approached. One official called the number of bears being seen an “infestation” and another says it’s the “craziest” year of bear encounters he’s ever seen.

Unfortunately, the proximity of these bears to human populations has resulted in hunters and authorities intentionally killing many of them. This is legal in Alaska, if you can show that killing the bear is in defense of your life and property. It’s known as a DLP.

There have been dozens of DLPs this year in the state, and Anchorage officials are hoping to make some policy change to avoid them. This includes making trash less accessible, so the bears won’t see the communities as a place to find food. But it’s a terrible shame that bears are getting shot because human-created climate change has made their food disappear.

When I was in elementary school, 30 years ago, we were taught all about climate change, and what would happen if we didn’t make certain changes to our lifestyle. It would have been nice if, instead of spending these last few decades debating about whether or not the people in these videos were right, we would have done something about it.

And we’re running out of time to get started.

According to a recent analysis in the journal Nature, we’ve got until 2020 before the goals set out in the Paris Climate Agreement are basically unachievable. If you’ve got a few minutes, click over to that video about climate change. The link’s in the description. It’s from 1988, and it was (not remarkably) spot on about everything.

If we don’t start caring about this stuff soon, bear attacks are going to be the least of our worries.

What do you guys think? Should we maybe try feeding bears instead of shooting them? Let us know in the comments or on Twitter at @WhatsTrending.