Logan Paul is asking for forgiveness...again. 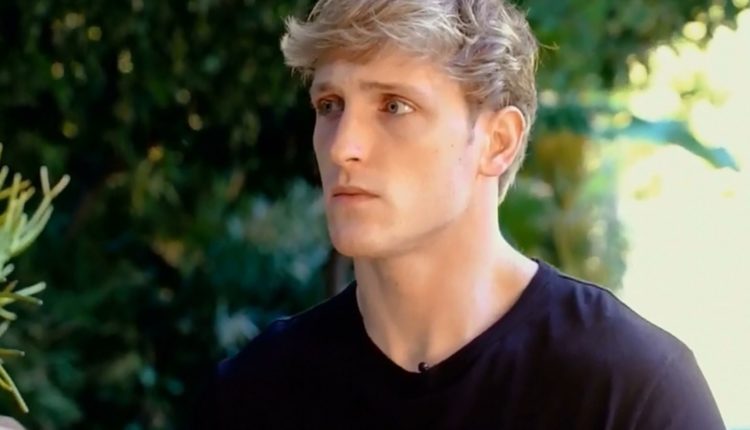 Logan Paul is the latest subject for a Hollywood Reporter in depth feature and it begins with a pitying plea from Logan saying “I hate being hated.” In the article, the fallen YouTube star tells THR exactly what happened in the suicide forest, he explains how his $13 million empire collapsed and shared how he plans to earn forgiveness.

The article is written by Seth Abramovitch, who also wrote a piece on Jeffrey Tambor which attempted to rehabilitate his image after he was faced sexual harassment allegations.

Reactions to the Logan Paul article have not been kind. David Mack from Buzzfeed who said, “this is the whitest mannest thing i have ever read”, and Evette Dionne, who said, “ Logan Paul lives in a $6.5 million home. He made between $1 and $2 million for that “boxing” match. Why do publications insist on touting these redemption narratives, as if “cancelled” wealthy white men really lose anything?”

Not to mention all the eye-rolling memes that ensued.

Logan has built a loyal fan base aka the “Logang,” mostly made up of kids by posting high-energy YouTube vlogs. At his peak, Logan was posting a video a day, which he says may not have been the best idea, saying: “We have a show that’s being watched more than some of the biggest shows on TV, with no budget, no producers, no actors, no writers, no review team. Something was bound to go wrong, and it did, for me, to the largest degree possible.”

Logan tells THR that the idea to travel to Japan. came from his girlfriend, Agents of Shield actress, Chloe Bennet. However, the two had an argument beforehand, and Logan went solo. Chloe told Logan: “This behavior is going to bite you in the ass. I don’t know how, I don’t know when, but you’re going to crash and burn.’ ”

By Dec. 30, Logan had posted videos from Tokyo that were perceived as disruptive and disrespectful to the culture. More than 40,000 people commented mostly expressing distaste for the videos.

But the trip wasn’t over yet.

Logan and friends still had one more stop: Japan’s sacred and heartbreaking suicide forest. The group only walked about 100 yards when they stumble upon a suicide victim. Logan told THR: “I should have felt empathy. I should have been like, ‘Hey, this is wrong. Let’s not do what we’re doing.’

But that’s not what happened. Logan sent the footage to his editor, blurred the body in the footage and posted a video titled… “We found a dead body in the Japanese Suicide Forest …” The fact that Logan did not display empathy in this situation was startling to many, and even began the question… “Is Logan Paul a Sociopath?”

After tons of backlash, Logan deleted the video, got on a flight, and went straight to a meeting with his management team where they created the idea of Logan doing a PSA documentary about suicide prevention. Unfortunately, it didn’t hit the right note.

Especially when he posted a vlog shortly after showing him using a taser on a dead rat found in his backyard. “I was so used to people liking me,” he says. “But being hated? I hate it. I hate being hated!”

Logan is now doing pay-per-view YouTube boxing matches. He took home between one and two million for his last match in August. Logan now plans to head into podcasting. He has named his podcast Impaulsive and installed a broadcast studio in his home.

In October, YouTube released The Thinning: New World Order starring Logan, which makes a lot of his fans believe things are turning around for him.

He said: “Good luck trying to cancel me. It’s so easy for anyone to be like, ‘Logan Paul just ended his career, he’s done.’ But the only person who will ever decide whether that’s true is me. Like, if I sleep for the rest of my life, maybe. But, like, dog — I love this shit. This creating? It’s my passion.”

Do you think Logan Paul will make a comeback? Let us know in the comments or on Twitter at @WhatsTrending.