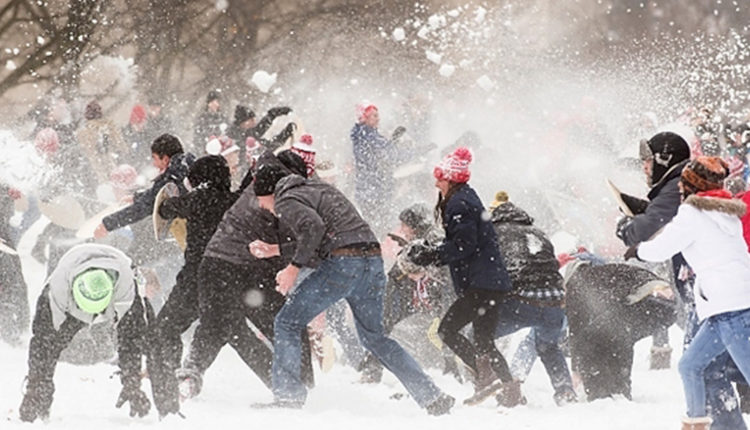 This kid is not the hero we deserve, but he’s the hero we need. 9yr old Dane Best is a normal kid in Severance, CO who is fed up with the man, namely his town’s century-old law that bans snowball fights, and ruins all the fun!

The law states that throwing stones or missiles is unlawful.

But 9 year old Dane thought it was time for a change.

He started a petition gaining 20 signatures and visited Town Hall and said in his speech: “The children of Severance want the opportunity to have a snowball fight like the rest of the world. The law was created many years ago. Today’s kids need a reason to play outside.”

Which is a very good point!

The UK’s National Trust found that children today spend half the time playing outside than their parents did. On average, children aged 10 to 16 now spend only 12.6 minutes a day on vigorous outdoor activity compared with 10.4 waking hours being relatively motionless.

We cannot have that! Especially not when there is beautiful snow outside to be enjoyed. The council unanimously agreed to change the law– so we see at long last, democracy at work!

The story has gone viral and is giving people hope and good cheer this holiday season.

Kyle Rietkerk, assistant to the Severance town administrator, said that they town had always encouraged kids to change the law: “All of the kids always get blown away that it’s illegal to have snowball fights in Severance,” Rietkerk said before the meeting. “So, what ends up happening is (town leaders) always encourage the kids with, ‘You have the power you can change the law.’ No one has.”

Interest in politics has spiked in the general public since 2017, and with adults talking about politics so much, it’s no wonder kids are getting involved too.

But what do you think about this story? Are you inspired by this snowball advocate? Let us know in the comments section or on Twitter at @WhatsTrending.

BlockChain Report 12/4/18: Floyd Mayweather and DJ Khaled Get Charges Filed and What Is Z-Cash?