This one is called... South Park Susan! 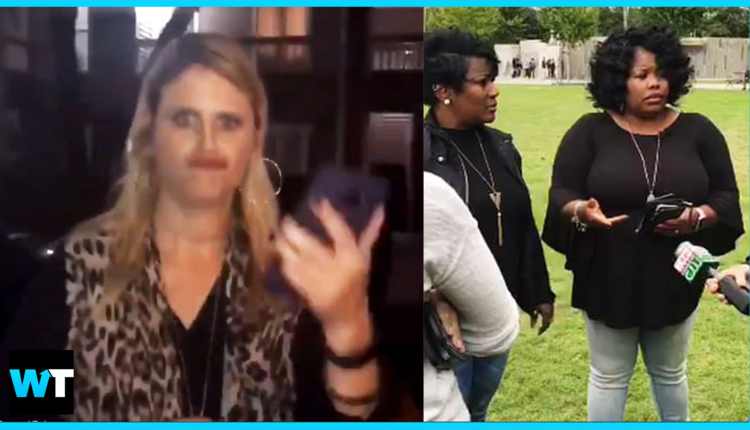 Susan Westwood allegedly drunk called 911 after harassing sisters Leisa and Chele Garris, who were waiting for AAA in a shared apartment complex for having their car break down, accusing them of faking the car breaking down in quote, “the best part of society”.

Westwood went on to call 911However the sisters told the Police another side of the story. But it was in fact confirmed that the sisters’ car was broken down, and Westwood’s phone call later reveals the real underlying reasons she called, as she said: “Whatever you need to do, just do it…they don’t belong here.”

The police charged Westwood with communicating threats and simple assault after she called police and falsely claimed that the women were trying to break into nearby residences. But that’s not the end of the repercussions Westwood is facing. You know the job she brags about in the video? Where she makes 125k a day? Yeah, that’s not happening.

Charter Communications release this statement: “The incident recorded in Charlotte is a blatant violation of Charter’s code of conduct and clearly disregards the company’s commitment to inclusion and respectful behavior. As such, Ms. Westwood’s employment with the company has been terminated, effective immediately.”

But another development has been keeping the police from implementing the charges. Susan Westwood is MIA.

And keep your eyes peeled because police are asking anyone who has seen her to call 911.

But of course this is just another recorded event in the slew of reported harassment claims from white people calling the people on black people living their lives. Recently, a story went viral about a woman who called the cops after young boy accidentally brushed her with his book bag and she mistook it for sexual harassment. The woman later apologized but not without making a lot of headlines.

And how about this story earlier in October, where someone mistakenly called the cops on a man babysitting because they assumed he was kidnapping the kids. The epidemic is so bad, the New York Times created a fake hotline for people to call when they are

Vox recently released an article from someone with first hand experience answering racist 911 calls daily, saying : “In every city in America, 911 rings around the clock. Dispatchers are usually too short-staffed to take real brakes, and they can’t shut the center for weekends and holidays. Amidst these round the clock calls are people calling in to report that a black person is in their vicinity. Plenty of cops don’t really want to respond to these calls — it’s a waste of their time.”But they have to. Of course people should call 911 if it’s an actual emergency. But think before you call the cops to handle your feelings about a barbecue, or where someone is parked, or if they’re playing music on a Saturday afternoon. If you get it wrong (and all of us, living in the privileged bubbles of our own creation, often get it wrong), you could be the reason someone gets hurt or even killed.”

What do you think about South Lake Susan? Let us know in the comments or on Twitter at @WhatsTrending.