Ian Rylett, the owner and co-founder of a series of popular tween YouTube channels has been arrested in Florida and charged with "lewd and lascivious molestation." 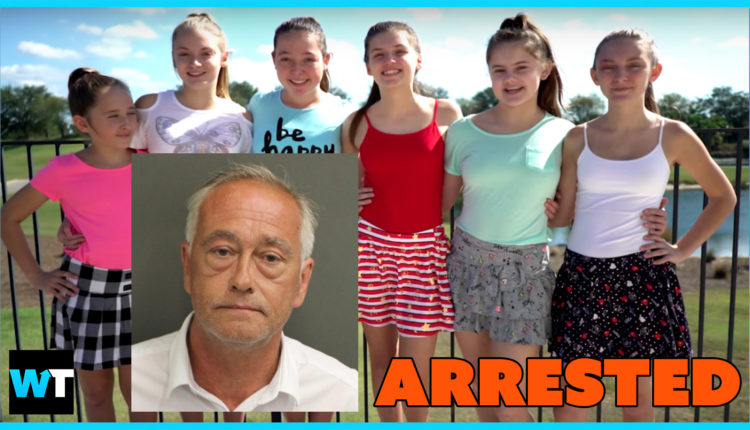 Ian Rylett is the 55-year-old creator behind the YouTube channel SevenAwesomeKids, as well as the related channels Seven Super Girls, Seven Cool Tweens, and Seven Perfect Angels. The channels typically posted new videos daily, with each day coinciding with a different Super Girl or Cool Tween. But according to an arrest warrant obtained by Buzzfeed, Rylett verbally abused one of his stars, demanding she undress in front of him and “practice wrapping her breasts down, to make them appear smaller for the video shoot.”

According to the warrant, the victim – who’s name is being withheld as she’s a minor – signed a contract with Rylett on August 11 to be part of a team of actresses for a YouTube channel. There are some very disturbing allegations in the full warrant, including allegations that Rylett cupped and manipulated her breasts while attempting to bandage them down and that he tried to “forcibly remove” her underwear even though she said she was uncomfortable.

Rylett apparently has more than 20 girls between the ages of 8 and 18 in his employ – and none of those channels have been updated since his arrest.

There are so many unsettling things about this.

Obviously, the most prominent is that, yet again, children and teens are being exploited by adults in an attempt to make money on YouTube. We saw this with the DaddyOFive channel, where children were encouraged to slap each other on camera.

We’ve also talked a lot about YouTuber burnout recently and the pressure to consistently create videos that keep your audience engaged day in and day out. Rylett is just the latest name in a long string of people who’ve put minors through trauma in an effort to feed the content beast.

Buzzfeed talked to a number of former employees of Rylett’s, several of whom expressed concerns about his methods. One said “I was telling my mom two years ago that, if this was a real entertainment business — you know, with rules — I’d report him in an instant,” one said. “But I can’t because there’s nobody here to help me.”

None of the girls they talked to said they were abused by Rylett, though many described awkward behavior, including pressuring them to wear smaller, tighter-fitting swimsuits, and requesting sizing photos for each bathing suit that would appear on camera.

Remember: this is a 55-year-old men, and some of these girls are as young as eight.

I don’t have kids, but I have friends with kids. And all of them want to be YouTube stars. They see these channels and they want to emulate these girls. And don’t get me wrong, sometimes there is a really nice, loving and supportive family behind a popular child YouTuber.

And sometimes there’s a creepy weirdo who’ll want to bandage your daughter’s breasts and tear at her underwear.

YouTube said Rylett’s channels have been demonetized, and they released a boilerplate statement that read, in part: “We take safety on YouTube very seriously. We work closely with leading child safety organizations and others in our industry to protect young people.”

But, as of now, all seven channels are still live on YouTube. Rylett has pleading not guilty and will stand trial before the end of the year.

What do you guys think? Is there a danger when millions of young people across the country want to be YouTube stars? Let us know in the comments or on Twitter at @WhatsTrending.

Laura Lee APOLOGIZES For Her APOLOGY!!