VIDEO: The WORST Airplane Passengers of ALL TIME 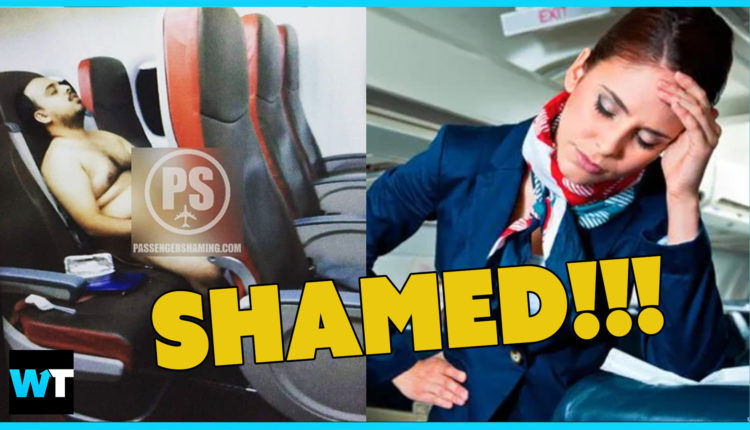 We’ve all been on a flight with someone who is just the worst, but now with the power of social media, passengers can shame them for the internet for all to see, for better or for worse.

Stinky feet, disgusting eating habits and people that are just downright dirty. Before social media, all you could do was suck it up and deal with it. But now, there is a powerful trend that’s letting you vent about your worst flights. It’s called Passenger Shaming and it has taken the internet by storm.

It works like this: You’re on a flight. Someone does something disgusting. You snap a pic. And BOOM. Passenger Shamed.

Like one post about someone leaving a diaper in a drinking glass is probably something this passenger wouldn’t do at home, and another concerning missing false teeth.

So have airlines always been this horrible? Apparently not. The International Air Transport Association has found that airline behavior is getting worse. Some credit it to the fact that airline travel is not longer a luxury, and thus, people treat it with less respect.

And who can blame them? With all of the airline drama, a flight is hardly ever a good experience.

But Airlines don’t think that is an excuse to behave badly, and are starting to bite back. : In 2017 Hawaiian Airlines fined a particularly bad passenger $100,000 for disrupting a flight from Hawaii to New York City.

What’s your worst airplane story? Do you think online humiliation is good or bad? Let us know in the comments or on Twitter at @WhatsTrending.