This Transgender YouTube CLAPPED back to Victoria Secret’s comments by making her own stunning commercial. 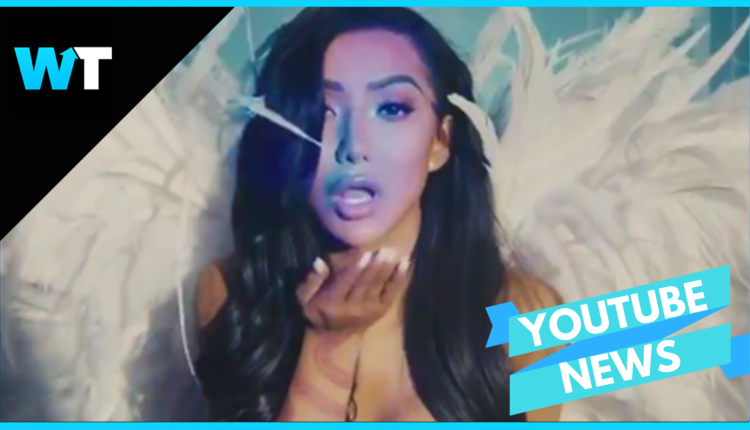 This transgender YouTuber CLAPPED back to Victoria Secret’s comments by making her own stunning commercial.

Nikkita Dragun is a transgender beauty blogger who had the perfect clap back to Ed Razek who serves as the CMO for Victoria’s Secret parent company, and is low key in all of the model castings.

He told Vogue in November: “Shouldn’t you have transsexuals in the show? No. No, I don’t think we should. The show is a fantasy. It’s a 42-minute entertainment special. That’s what it is. It is the only one of its kind in the world.”

That statement didn’t sit well with all the models. Kendall Jenner, a Victoria’s Secret Model and daughter of trans icon, Caitlin Jenner stood in solidarity with trans women. Halsey, who performed at the event also posted a statement saying: “I have no tolerance for a lack of inclusivity, especially not one motivated by a stereotype. If you are a trans person reading this…please know you have allies. Complete and total acceptance is the only “fantasy” that I support”

The model alliance of New York also expressed their disappointment: Such comments create a hostile work environment… when any part of our industry is excluded or oppressed, abuse is able to fllourish and hurts us all. We can and need to do better.

Editor in Chief of Out Magazine Phillip Picardi said “We, as an industry, must stop honoring this arcane pageantry and demand that they change. The fact that this show exists the way it does in 2018, is absurd”

Ed Razek later apologized after a backlash, saying: “To be clear, we absolutely would cast a transgender model in our show. We’ve had transgender models come to castings… And like many others, they didn’t make it.”

But of course the damage was done and the fashion show suffered its worst ratings in broadcast history.

Social media declared the show dead and uneventful, and Nikita Dragun knew just what to do.

The beauty vlogger posted a direct replica of the typical Victoria Secret holiday commercials, but with herself as the star. She shared the video on Twitter and people went crazy for it. Nikkita followed up with a tweet that said: “transphobia is CANCELLED”.

What do you think of Nikkita’s clap back video? Let us know in the comments or on Twitter at @WhatsTrending.