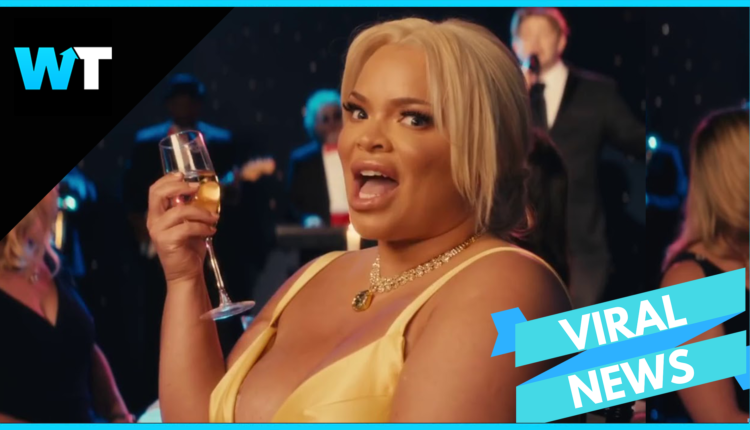 Did Trisha Paytas rip off Thank U Next in her latest music video? Trisha says no. Trisha Paytas is a YouTube creator, with over 4.7 million subscribers who recently began releasing music videos including her song “Six Feet Under” directed by Andrew Vallentine. The video was was widely well received and Trisha was praised for the surprisingly good song.

In fact, it was the first video of Trisha’s to make YouTube’s trending page.

In the wake of its success, it’s no surprise Trisha was excited to release her next video ‘Crazy and Desperate’, a collaboration with her boyfriend Jason Nash. But unfortunately, during the time between filming and the video’s release some drama went down between the couple.

Trisha suddenly uploaded a video that came as a shock to many of her fans blasting long time friend and popular YouTube creator David Dobrik and boyfriend Jason Nash. The video, which has since been deleted, is titled ‘Why David Dobrik is a HORRIBLE Human Being’ and detailed how Trisha was upset over a joke between David and Jason, where Jason promised to buy David a (car) if he could arrange a threesome with him, Trisha and Tana Mo-Joe, so when David needed a big bit for his latest vlog, he decided to finally try to make this happen, which hurt Trisha’s feelings.

Trisha not only blames boyfriend Jason, but she goes on to put the entire vlog squad on blast, airing some of their dirty laundry, including gossip that had a lot of fans gagging. David eventually deleted the video, and Trisha and Jason apologized for what went down.

With the release of their collaboration video, Trisha said: “I made poor decisions and I’m getting help for the way I handle emotion. I have no excuses or no one to blame , this is a pattern and it’s embarrassing. HOWEVER , I created this song with Jason. He is the one thing I got right in my life. This was meant to be a light hearted fun love / Valentine’s Day song and I hope recent events don’t detour you from enjoying what it was meant to be.”

Similar to Ariana Grande’s Thank U Next video, Trisha pays homage to her favorite movies, including “How to Lose a Guy in 10 Days”, “Wolf of Wall Street” and the Notebook.: which was generally well received and hit the trending page again.

However, some Ariana Stans were not happy to see Trisha do something similar to Ariana’s idea. Like Ember who tweeted: Is anyone else noticing that Trisha Paytas copied Ariana Grande?? Thank U Next blew up because of the iconic video and is the same concept… no thank you, next.

But other fans came to Trisha’s defense, like Shaun who said “Omg I don’t agree with the whole copy Ariana thing. Look back at Trisha music video about Leonardo DiCaprio she did it first . Ariana copy Trisha. And that’s that.” : Trisha responded: I don’t really mind the “you copied Ariana” because again , SHES A QUEEN! It’s just annoying cause it’s not like she’s the first to do it. We all get inspired by something :)….I’ve been recreating movie scenes for music videos since 2015 !!! “Daddy issues” I recreated all the scenes from the movie “taxi driver.” Been doing this for some time because I love movies and dressing up as my favorite characters.”

-So What do you think ? Let us know in the comments or on Twitter at @WhatsTrending.