VIDEO: What The Heck Is KFC GAMING, Anyway? 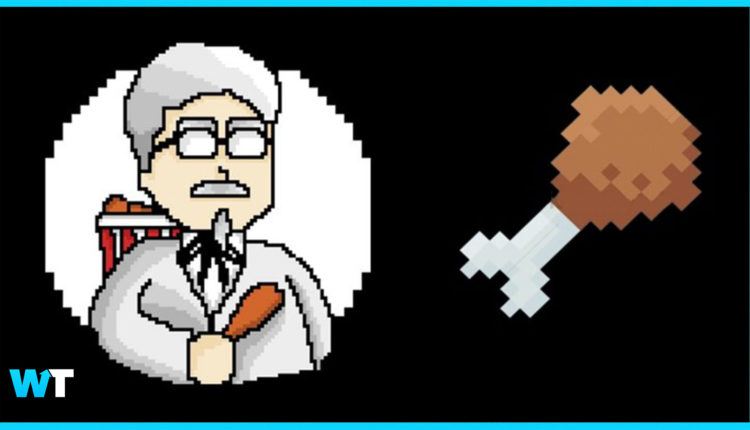 On September 28, a Twitter account called “KFC Gaming” tweeted: “Player One has entered the game. KFC x Gaming, a match made in heaven. Just a taste of what’s to come, something BIG is coming…” Since the launch, the account has been posting memes and had a playful back and forth with the KFC UK account.

About a month ago, a related Instagram account tweeted out some 8-bit images of Colonel Sanders, a chicken leg, and a Super Nintendo joystick. So, KFC is definitely taking a step into the esports world. But, what, exactly, will it be?

Mike Fahey of Kotaku talked to his sister site The Takeout about his thoughts.

He believes it is: “the announcement of a brand, I suppose. Not a product. They are beginning a journey, as the marketeers behind this no doubt told some people in ties or possibly polos… It feels like they want some of that gaming buzz.”

Basically, they know that people who play a lot of video games also eat a lot of fast food. So they just want to be in that conversation. Need a quick bite? Forget the Pizza Rolls or the Taco Bell – get some KFC.

Though there are a few other things KFC Gaming could be beyond just marketing and esports sponsorship. For example, Chipotle recently partnered with TSM for a contest where a winner will play with the star Fortnite player Daequan.

Or they could sponsor an entire game!

Anyone remember “Fighting Vipers” for Sega Saturn where you could play as a character called Pepsi Man? That could be what they’re hinting at with this preview where a character appears to be Colonel Sanders.

Player One has entered the game.

KFC x Gaming, a match made in heaven.

Just a taste of what's to come, something BIG is coming… pic.twitter.com/047Rc2UJvm

And FireMonkey thinks it’s going to specifically be a tie-in with Fortnite, and there are a few other hints that this may be Fortnite-related.

Their bio on Twitter reads “Your chicken wing man for all those Victory Royales.”

Now, one thing’s for sure. KFC are no dummies. These fast food companies have mucho dinero to put into market research. Agencies like The Hartman Group have even put together what they call a Modern Snacking Framework, to optimize snacks to meet the needs of the millennial video gamer.

And gamers are aware of this. They’re aware of how the “gamer profile” and how they’re being marketed to.

Alex “Stumpy” Knight made this point on GinxTV, though he acknowledged that fast food sponsoring any kind of competitive gaming is nothing new.

Does KFC Gaming seem like a good idea to you or does it feel too much like cynical corporate marketing? Let us know in the comments or on Twitter at @WhatsTrending.