VIDEO: What’s The Story Behind BOWSETTE?

Half Bowser, half Peach, all excitement. 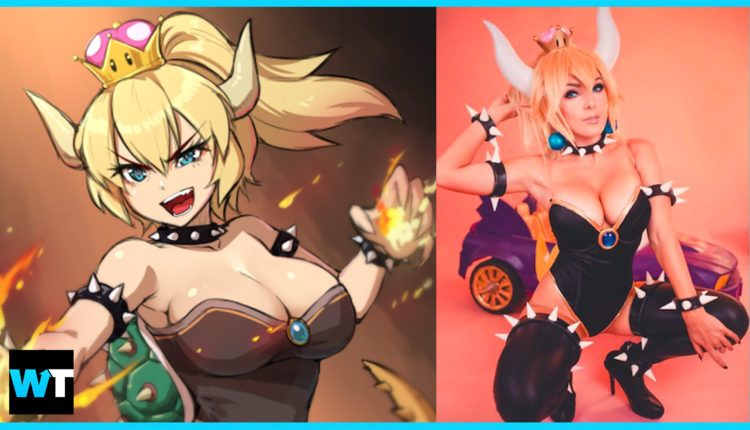 Over the past few weeks, the Internet has been slammed with a collection of fan art depicting a character known as Bowsette. If you’re a huge Nintendo fan, you’re probably way ahead of the game on this one. But, if you’re not, you might be wondering who this horned-lizard lady cartoon is and why she’s all over your timeline.

Basically, Bowsette is a combination of the characters Princess Peach and Bowser in the Super Mario Bros video game franchise. The inspiration came from the trailer for the Nintendo Switch game New Super Mario Bros U Deluxe.

For the first time, Toadette, a female version of Toad, is a playable character, and if Peach puts on a magic crown, she becomes Peachette, a combination of Peach and Toadette. Which is weird because Princess Peach is already a woman, seemingly negating the need for an -ette version? But nevermind.

The sudden realization that a magic crown could “-ett-ify” a character inspired Twitter-user ayyk92 to post this short comic strip where Peach turns down Mario’s advances, leading Bowser to don the super crown, becoming Bowsette, to win Mario’s heart.

The creation of Bowsette inspired a ton of memes, fan-art, even colorful 8-bit origin stories. Someone even built a mod where you can play as Bowsette on Mario 64 on PC.

It seems a lot of gamers find Bowsette very attractive… which explains the sudden explosion on Bowsette Cosplay.

You should see me in a crown…

Yeah, Bowsette is definitely in the PG-13 category of Mario characters. Or maybe even R or NC-17.

But it’s important to remember, in the actual canon of Mario, Bowsette is not a female-Koopa-influenced Peach, but Bowser wearing a crown. So this curious gender-bending is food-for-thought for dudes who’ve found a new addition to their spank bank.

What does Nintendo think about all this? They’re statement was pretty straightforward: “Concerning the drawings and other things uploaded to the Internet, we have no comment.”

But they could have argued that Bowsette was their idea all along. According to @Sakusuru, the new book The Art of Super Mario Odyssey has a scrapped concept of Bowser taking over Peach’s body.

So maybe Bowsette was always meant to be.

Okay, so who do you think should play Bowsette in the big-budget live-action film? Let us know in the comments or on Twitter at @WhatsTrending.