If you’re not a psychiatrist...don’t go around calling people sociopaths. 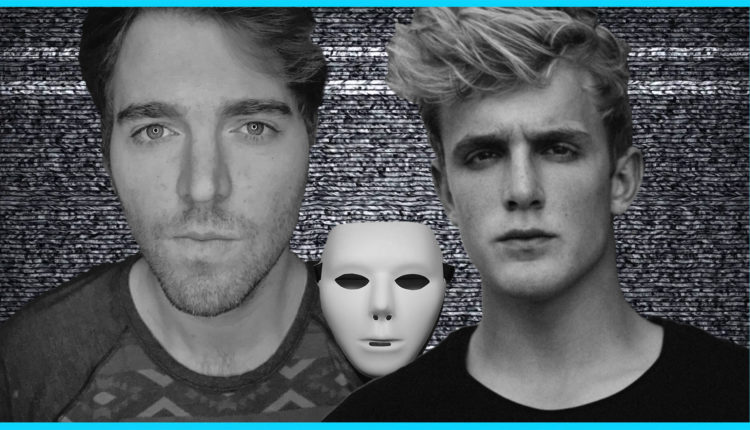 Shane Dawson’s latest docuseries has sparked a discussion about whether or not Jake and Logan Paul are sociopaths…and if it’s a good idea for a vlogger to be making such judgments.

You’re probably aware that Shane Dawson has spent the last few months making lengthy videos about YouTubers, with the intention of showing who they really are behind their structured persona.

His new series is about Jake Paul, and four episodes have so far been released, but a controversy was already brewing after just the first two.

Now, needless to say, there’s a LOT that happens in this series, so if you’ve got a few hours, check the whole thing out for yourself on Shane’s channel. We’re gonna focus right now on some of the mental health issues discussed in the series and what has some advocates so upset.

In Episode 2, “The Dark Side of Jake Paul,” Shane speaks to therapist Kati Morton, in an attempt to psychoanalyze Jake Paul, and why he…does what he does. Now, it’s important to note here that their conversation is about the characteristics of those who display antisocial personality disorder.

At this point, they’re not talking about Jake Paul specifically, which is good, because no psychiatrist or therapist should be diagnosing a person with a mental illness without ever meeting them.

But, Shane does an interesting thing here, which is to cut to clips of other YouTubers exhibiting the behavior being described, including that of the Paul Brothers. So, even though Shane’s just asking Kati about the personality traits of someone with APD, his intention is kind of unmistakable.

Before this segment in the doc, a card appears that reads: “All clips shown of YouTubers, Actors, & even myself are just being used for context.” But, that sounds a little bit like trying to have it both ways. He’s telling his audience, hey, don’t jump to inclusions here….but we’re also definitely calling Jake Paul a sociopath.

And this kind of left a bad taste in the mouths of people – many of them Shane Dawson fans.

Jesse St. John wrote: “ok I stan @shanedawson but this new series creates a dangerous dynamic of unqualified people wrongly diagnosing mental disorders & dehumanizing & stigmatizing people with mental disorders. Take this as entertainment & nothing more”, and Peter Coffin tweeted: “I need to voice a concern, @shanedawson. This isn’t a call out, but how much thought was put into the idea that after a video like your latest, that any awkward kid (including ones with disabilities) could be labeled a “sociopath,” due to your audience’s youthful inexperience?”

The term, sociopath, itself, is somewhat problematic.

It’s an outdated way of referring to someone with antisocial personality disorder. Shane Dawson defended himself, first on Twitter, then on Snapchat.

He tweeted: “people with severe antisocial personality disorders don’t have empathy and don’t care. at all. so for anyone to be offended is so confusing to me considering they actually literally don’t care. like. at all. and its something that is rarely even discussed and it can affect lives.” During his Snapchat story, he talks about how he’s used what he’s learned to distance himself from people with APD, and believes that that’s the key value in presenting the information the way he did.

But he does ultimately apologize for offending people and assures viewers that that wasn’t his intention, and the two episodes that have been posted since then now come with a disclaimer at the top.

It reads: “This video contains discussion of personality disorders and is meant for entertainment purposes only. Please do not self diagnose or diagnose others.” Dawson includes another brief apology at the top of the third episode, “The Family of Jake Paul,” where he seems to more effectively understand why people were offended.

Both Paul brothers have since responded. Logan calls out Shane for some of the more theatrical elements of his series, and Jake commented in a couple of tweets.

Jake wrote: “I guess the only thing im concerned about is that you still haven’t made it clear that you’re DETERMINING wether or not I am a sociopath… The way it comes off (at least to me & my family) is that you’re already labeling me a “sociopath” (this tweet also comes off that way) – I love Shane & am trusting him 2 carry out the rest of the series.. I hope he can actually make it clear WHO I AM & WHY I’ve done certain things & SHOW the side of me that no one has ever seen.. That’s why I agreed to do the series.. the “sociopath” STUFF doesn’t interest me.”

So, by Shane’s own research that shows that a sociopath doesn’t care if you call them one…Jake Paul must not be a sociopath? Because he seems upset that he’s been labeled as such? What do you guys think? Did Shane Dawson make a mistake in the first few episodes of his Jake Paul series? Let us know in the comments or on Twitter at @WhatsTrending.