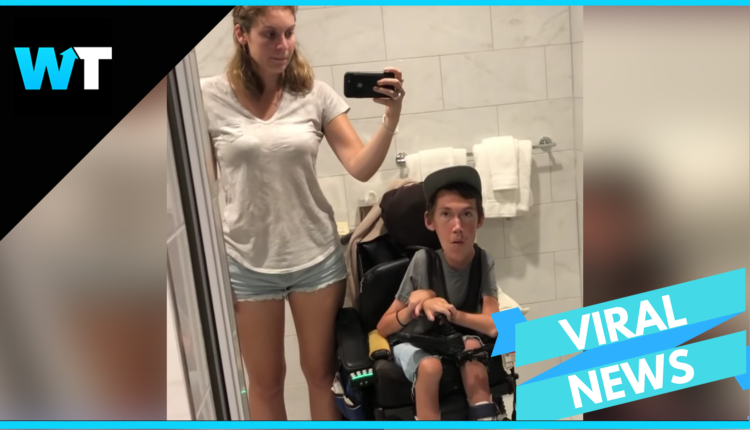 Shane Burcaw and his girlfriend Hannah, YouTube names Squirmy and Grubs are a YouTube couple fighting back against judgement regarding interabled relationships. They want you to know that they are just like any other couple. They laughs, fight, and yes they want children. Hannah and Shane are boyfriend and girlfriend who are hoping to dispel some common misconceptions about inerabled relationships.

Shane says many strangers often assume that Hannah is his nurse, mom, sister or babysitter.

One time, a store owner even asked “Does this big guy want a lollipop?”

So Shane and Hannah decided enough was enough. The couple now posts videos on their growing channel, showing the behind the scenes of daily life, sharing their humor and love for each other. After seeing Shane featured in a documentary, Hannah knew she had to meet him. She emailed him…and the rest is history.

As the channel has grown, hundreds, of couples in similar situations have reached out to them, thanking them for helping bring an end to the stigma.

One particular stigma, they address head on. In an article Shane wrote he said, “Many of our viewers have wrongly assumed that, by being with me, Hannah is signing up for a life of childless celibacy. This idea is far from the truth. We have a satisfying intimate life, and both of us are interested in having children together down the road.”

And Hannah and Shane are not alone. There are a lot of couples who have spoken out about finding love despite disability, and of course, there’s many many stories of triumph despite disability so why couldn’t love be on of them?

What do you think about this story? Let us know in the comments or on Twitter at @WhatsTrending.