VIDEO: What Is JOHNY JOHNY YES PAPA and Why Is It Everywhere?! 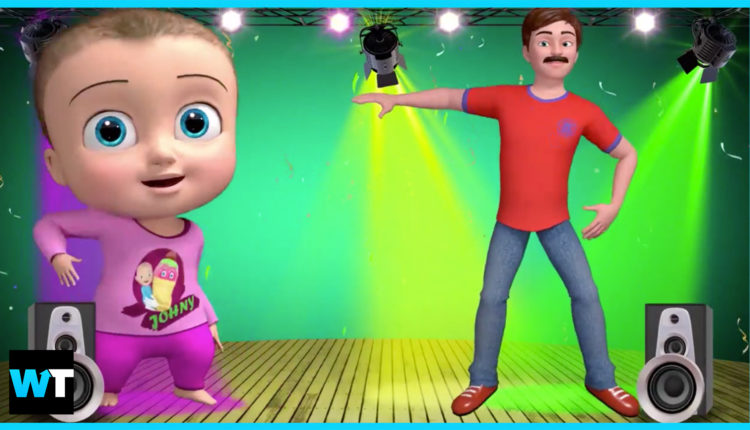 You may have seen this bizarre animation of a kid and his dad arguing about eating sugar …but where did it come from, and how did it get so popular? This video and others like it have been around for years, but it was a tweet from @b6ner that really catapulted it into the mainstream. Why is our video showing you so little of it?

Because the YouTube channel that puts all these out has been not too happy about their video getting memified and is trying to stop its spread.

More on that in a little bit.

The creepy animation and sudden disco that Johny and his dad find themselves in really struck a chord with the internet and inspired a number of memes. Reasonably so, it’s the best thing we’ve ever seen. But what to make of this whole thing?

there is no such thing as “johny”, he is simply a manifestation of papa’s guilt of being a pathological liar when he was a child. papa’s father died thinking he never ate the sugar, when he did. all he can do is blame his younger self, and that younger self is “johny”

Anyway, but let’s talk about where it came from and why the masterminds behind it are trying to hide it from us!

Apparently, “Johny Johny Yes Papa” is a popular nursery rhyme in the Indian subcontinent, and variations of this same video have been around on YouTube for years. Here’s one from back in 2009, set to Twinkle Twinkle Little Star.

One from ChuChu TV has nearly half a billion views on YouTube. The version that’s taken off online, from Billion Surprise Toys, takes this familiar nursery rhyme and puts it to a separate tune. That tune appears to be from a Pinkfong video called “Baby Shark Dance”

So, despite Billion Surprise Toys pulling out all the stops to try and remove memes and copycats of its video from the Internet, it might have some trouble, given that it doesn’t own the song or the lyrics, and according to some articles, may have used publicly-available templates for its animation.

We highly encourage you to spend some time clicking around some of the Johny Johny variations on YouTube, some of which are definitely tongue-in-cheek.

And if you’re not familiar with Toddler YouTube, this is a good introduction to why there are so many similar variations of the same video with the same simple algorithm.

YouTube wants you to spend as much time on YouTube as possible. That’s why its algorithm works to show you more content that’s similar to what you’re already watching…to get you to keep watching. And if you’ve ever noticed your three-year-old nephew has no problem watching the first 20 minutes of Moana over and over and over, you’ll get how this works in YouTube’s favor.

Channel’s directed toward toddlers can get tons of traffic simply by hosting a lot of similar, kid-friendly content, so a channel like Billion Surprise Toys can upload dozens of variations on the same song and animation for cheap and make big money.

It almost makes you wonder what the heck we’re doing shooting LIVE ACTION stuff in a STUDIO every day with all this original commentary! No, papa.

Anyway, what do you guys think? Are you a Johny or a Papa? Let us know in the comments or on Twitter at @WhatsTrending.

VIDEO: Does This Hong Kong Commercial Really Have Characters In BLACKFACE?

VIDEO: This 3rd Grade Teacher Turned Her Classroom Into Hogwarts!