It's for her four and two year old and they're going to feed it a lasagna. 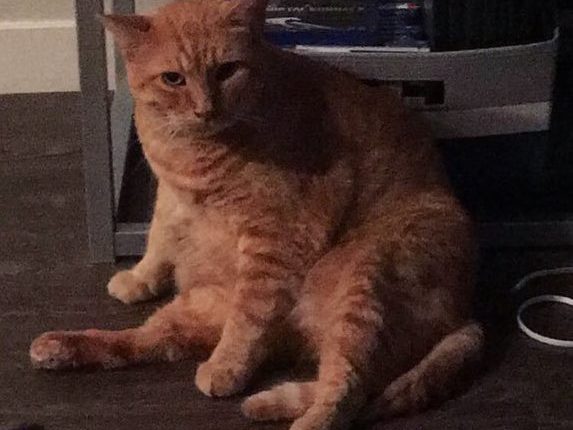 This is a story from August, but it’s worth repost and re-reporting now for this massive eating holiday coming up this Thursday. A woman, with a Garfield loving two year old and four year old was looking for an orange cat that she can bring her kid that they can play Garfield with. The kids even made the cat a lasagna, but, as the mom insists, having the cat eat a lasagna is not a must!

Here is the ad below, recirculating on the internet as our heart valves implode with the love this mom has for her kids and the love these kids have for Garfield, the fat awful cat who hates everyone.

I just want this lady to succeed with every fibre of my being pic.twitter.com/jesbGgiBiI

For those not in the know, Garfield is a fat orange cat created by cartoonist Jim Davis in 1978, and is the kind of comedy that is specifically designed for kids to eventually grow out of. I adored Garfield as a kid. I’m sure an entire treatise could be written as to why something so odd and basic meant so much to my — and others’ — little kid selves.

When the post originally circulated in August, well, people’s heart strings? They made like the opposite side of a push door… they were pulled, folks. The denizens of Twitter, normally heartless creeps with no respect for the most basic norms of things, posted photos of their orange kids, offering them up to the kids in place of Garfield. Check them out.

Panini is up for the challenge pic.twitter.com/E8n08JeeOQ

Pretty sure my cat fits the part pic.twitter.com/OZX3nrNcwh

My only question is– will these kids be heartbroken when they’re faced with the unthinkable sight of a svelte Garfield? Is that like seeing a buff Santa Claus? Garfield eats a 3,000 calorie Italian dish for every meal. Don’t you dare try to trick us with a thin cat!

The mom reached out to Mashable shortly after the story broke. The quote said in full:

“I have had two offers for cats,” she said. “One fell through. She never replied on the day I was going to pick up the cat.” Edwards went on to say she may have an orange cat lined up for this coming Saturday evening, however. “I am a nurse in Oklahoma,” she said. “A medical student saw my post online (not sure where — I posted it all over work and Craigslist; someone else put it on Twitter and Reddit) and text messaged me… the med student and her boyfriend are (hopefully) going to bring their cat over to eat on Saturday evening.”

Now give me a very sick dog that reminds me of Odie!

What do you think of the adorable ad. Let us know in the comments or on Twitter at @WhatsTrending.

VIDEO: One Year Old Survives Having Train Pass Over Her