Nation Receives “Text” From President, Twitter Makes Fun Of It

It was more of an alert, but the most mockable man on Earth should not be able to reach our phones, say I! 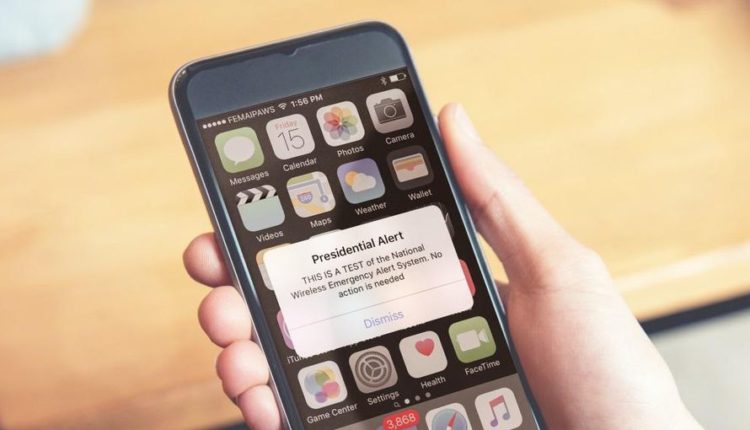 The nation braced itself when it discovered that the White House just received the technology to text each and every American at the same time. That’s right, the guy you least want to hear from just received the technology to make sure that, as long as you have a working phone that can receive texts, you can see what President Trump has to say. I guess stomach churning Tweets weren’t enough, now if we want to hear someone rag on Saturday Night Live’s oil baron character or whatever, we’re going to be getting that much quicker. I mean, at least that was the fear.

The text itself was very point of fact, stating “THIS IS A TEST of the National Wireless Emergency Alert System. No action is needed.” The text was sent by FEMA with approval from the President.

The text system could be used for evil of course, but for now its simply a way for the president and the government, through FEMA, to order things such as mass evacuations or warn of any storms that are on the horizon. I’m not going to rule out that our very terrible president is going to use it to cause terror or brag about his butthole or whatever new surprises that mutant has up his oversized sleeve, but for now, the use of the text is purely utilitarian.

Still, that didn’t stop the stomach churning fear and incredible comedy from the super minds on Twitter to goof on this text. Check it out.

Who gave that motherfucker my number?

pence has been sending out alerts for weeks pic.twitter.com/cxK7KHGt4O

Ok this is getting out of hand pic.twitter.com/ETHr7u8w6U

Did anybody else get this? pic.twitter.com/DM5BoUxcMq

t***p is the ex you blocked on twitter, insta, fb, tumblr, gmail, gchat, & snapchat so they only way they can reach you is paypaling you a dollar with the memo “can we just talk”