Chris Taylor got to experience Smash Bros. early worried he won't make it to the actual release day... 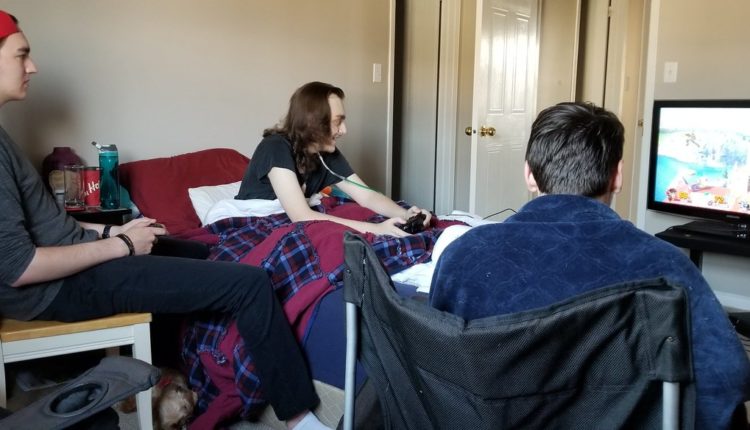 21-year-old Chris Taylor has been waiting for years to play the latest Super Smash Bros. game like so many other fans. Unlike so many other fans, however, Chris Taylor has been fighting bone cancer for the past few years, with the doctors only giving him a few months to live. Amongst the many things that Chris is worried he’s going to miss out on, the new Super Smash Bros. is among them. Chris tweeted out to Nintendo hoping to get a chance to play the new Super Smash Bros. Ultimate before it is too late.

Im really scared i won't be able to play ultimate

Soon, the campaign took on a greater weight as more and more successful figures in the social media gaming community joined in.

Hi @NintendoAmerica, @SpookyWoobler is a Smash fan who is bedridden with terminal cancer and a wish of his is to play Smash Ultimate before he passes. Time is an obvious factor, but is there anyway we can help make this dream come true. From a loyal Nintendo fan. Thank you

Finally, Nintendo heard the call, and lo and behold, delivered to Chris the E3 demo of Super Smash Bros. Ultimate, two months before the release. Chris was understandably beyond excited, and thankful to the Internet that made this dream of his come true!

WE DID IT GUYS

Today two nintendo reps came down with the E3 demo of Smash Ultimate and i got to play it for 3 hours with a local friend, my brother and my mom 🙂

I got pictures incoming but still like holy shit

Thanks to everyone who did this for me, you're all the real champ

I see Wolf in the shot too; Good ol’ Wolf! Thank you, Wolf, for, along with Solid Snakes, Ness, and one character I can’t quite make out for making Chris’s day, and the people of Twitter, who were absolutely touched by the progression of the day’s events.

Im so happy for you pic.twitter.com/FOinYSXRrn

What do you think of this story? Let us know in the comments, or on Twitter at @WhatsTrending.