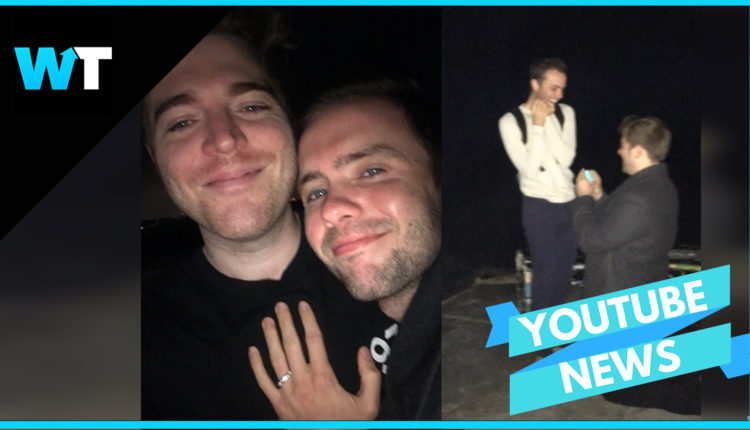 Ryland Adams and Shane Dawson began dating in 2016 after Shane came out as bisexual following a public breakup with his ex girlfriend Lisa Schwartz.

Shane and Ryland met on Bumble and fell in love over the next three years.

On their 3 year anniversary, Shane posted…  “Ryland, thank you for making the last 3 years the happiest time of my life…Thank you for making me smile and reminding me how loved I am in real life even when I’m being cancelled online…Thank you for loving me unconditionally and reminding me [every day] that I should love myself too. I thank the universe [every day] for bringing you into my life and I can’t wait to start a future with you…”

Shane’s fans were thrilled, as this has been a long time coming. But, others found it suspicious timing.

Earlier this week, Shane was trending…but not for a good reason.  An old clip resurfaced online of Shane Dawson joking about humping his cat on a podcast, and given the more series content Shane produces nowadays, many believed he was serious.

Shane apologized for the comment, which was intended as a joke…admittedly, a bad one…and re-shared the apology video he made last year, when another bad joke resurfaced.

Shane now focuses his attention on creating long-form investigative docuseries diving into the lives on controversial youtubers and conspiracy theories. He is currently working on a 7 month long makeup series creating his own makeup palette with  Jeffree Star, which will debut in two seasons…with the first season aimed to be released this summer. Though, Shane will be dropping other content along the way.

What do you think about this engagement?  Let us know in the comments section.

Rawvana LIED to Viewers About Being Raw Vegan??