Tell me something, Nidoran... 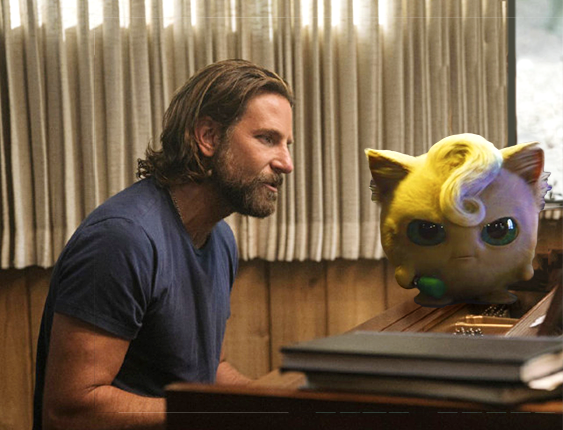 I can’t express how much Poke’mon Detective Pikachu seemed to grab everyone’s brains and shake them around in a wonderful way that remixes our very DNA. It’s an intermix of every kind of element we could want from our current culture. It’s a hyper realistic Poke’mon movie, making it deeply weird. It’s also a hyper realistic Poke’mon movie, meaning it’s hitting all of our nostalgia glands at once for the pure sweet releases of fine nostalgia juices, not unlike the slimy secretions of your average Grimer or Muk using one of his dang “Toxic” attacks.

Of course, this resulted in a slew of memes on Twitter. Some of them to give the Poke’mon Detective Pikachu movie the amount of sheer pure respect it deserves and has always deserved.

I went to bed a man with no leader, I woke up with a King. pic.twitter.com/G2tx3XgQWx

Others made fun of the strange realistic look of our titular electric cheeked Poke’mon, scrambling out there, in the cold hard world!

Others made fun of just the… gritty vibe of what was once a sweet little anime about fighting massive super dragons with your own super dragons.

However, it was the sight of the Jigglypuff — covered in fur, singing its sleep attack in the confines of an all night coffee shop — that sparked fans’ imaginations the hardest.

me when i joined twitter vs. me now pic.twitter.com/kflDEWP7uE

What was the story of this new, strangely gritty Jigglypuff. And was the story maybe… one that might be a little familiar to fans who saw a certain little Lady Gaga/Bradley Cooper vehicle a little while ago. Hmm…

That’s right! Fans are remixing Poke’mon: Detective Pikachu with Bradley Cooper’s “A Star Is Born”, with Jigglypuff in the Lady Gaga role with some absolutely incredible results. The Shallows!? No! More like– The Cloyster!? Is that anything!? I’m going to say yes! And maybe instead of Ally, Lady Gaga’s name in the movie is like Porygon or something. These are the goofs, my good man! These are the goofs!

Check some of them out below!

We uhh… we love them.

What do you think of the Star is Born/Detective Pikachu mash ups? Let us know in the comments or on Twitter at @WhatsTrending.