This is a story of perseverance. 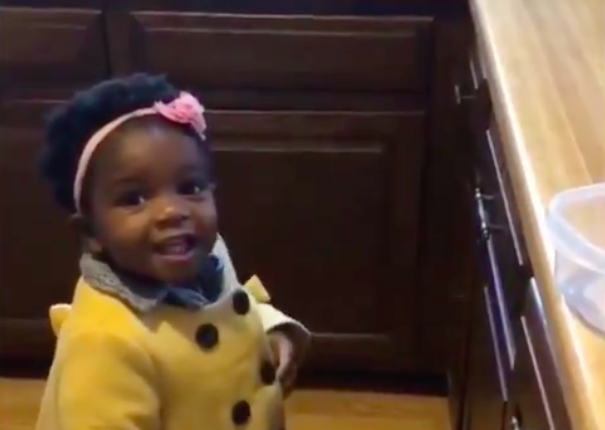 She tried so hard to get Alexa to play her song ? #babyshark #persistence pic.twitter.com/Rki34i6cAt

Us in the adult world have been mesmerized by the incredible musical quality of Johny Johny Yes Papa, but if you’ve ever walked through an airport, if you’ve ever marched through a sidewalk with a toddler standing with his mother, then you’ve heard the stealth hit, that all time earworm serenading the minds of children, and taking its rightful place alongside the likes of “C is for Cookie”, the Steven Universe theme, and other children’s songs classics of the last fifty years: “Baby Shark”.

The lyrics to Baby Shark are perfect for a toddler — made up of six individual words that every child should have learned by now to identify the members of their family. We’re talking baby, we’re talking mommy, we’re talking daddy, we’re talking grandma and hey… we’re even talking grandpa! Although you need a couple more words than that, and a mastery of the English language a little greater than is afforded to a toddler — to get Alexa to play your beloved anthem to sharks, and the baby nature of said sharks!

Hence, this adorable video of perseverance. Gaze upon this beautiful testament to the best efforts of a child, look upon the incredible sincerity of her face and then just be kind of delighted when she… finally gets it. Damn it, she got the Alexa to play ‘Baby Shark’. With a minimal mastery of the English language she got a computer to recognize her mumbles and baby like gurgles. So whatever issues you’re having today, remember the mission of the toddler who wants an Alex to play the courageous ode that is ‘Baby Shark’, and walk through your day with a vigor renewed! Huzzah!

But what do you think of this glorious epic rival only to those of Homer? Let us know in the comments or on Twitter at @WhatsTrending.