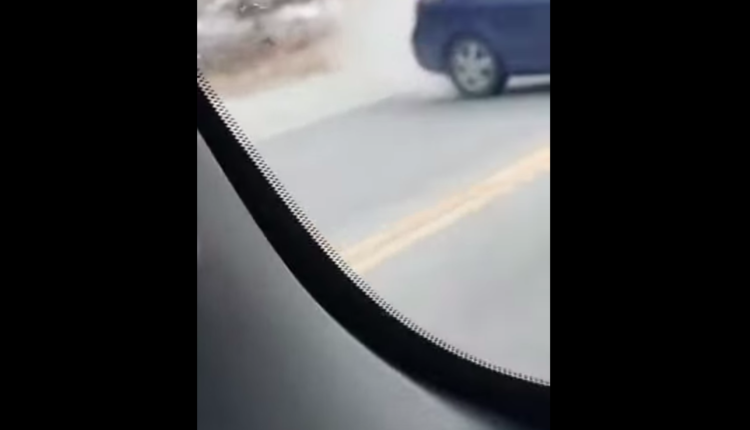 Videos of insane car chases are often predicated on the idea that this dangerous matter that you’re filming is completely separated from you. That whomever is involved in this tragedy is in a situation that you will never be a part of, as you would never make decisions but so foolish. Then you go ahead and film the situation, to gaze and gawk. However, in this horrifying video, we can see the car fly right into the man filming the vehicle in question. The chase took place in Windham, Maine. The man involved in the chase was 29. The man who shot the video was sitting with his wife and kids in the car. They have been taken to the hospital with serious but not critical injuries.

Dale H. Tucker, the 29 year old who began the chase, was running from the police due to an earlier domestic violence incident. Additionally the driver hit a truck during his attempted escape. The truck driver was unharmed from the accident.

The video is very terrifying and very jarring. From a viewer’s point of view, so much of YouTube culture is the act of being a voyeur. It’s the act of watching someone embarrass themselves without them knowing it, going into someone’s house when a vlogger lets you in, and it’s that behemoth discomfort when the figure somehow reaches back out. When we realize the Star Wars Kid we’ve been making fun of is actually a human being who feels pain. When we realize the behavior of Ken Bone, the goofy looking guy we had fun celebrating was kind of a weird reddit poster who would write much to forward compliments of photos pregnant women.

In this case, the act of voyeurism being broken resulted in near tragedy. It is lucky that those involved made it out okay.

SNL Imagines Life Without Trump With “It’s A Wonderful Trump”

Radio Station Plays ‘Baby It’s Cold Outside’ Non Stop, To Own Someone, Annoy Everyone