Is Lil Tay being held captive or is this all a big publicity stunt? Her Instagram lays out a bizarre string of shocking accusations. 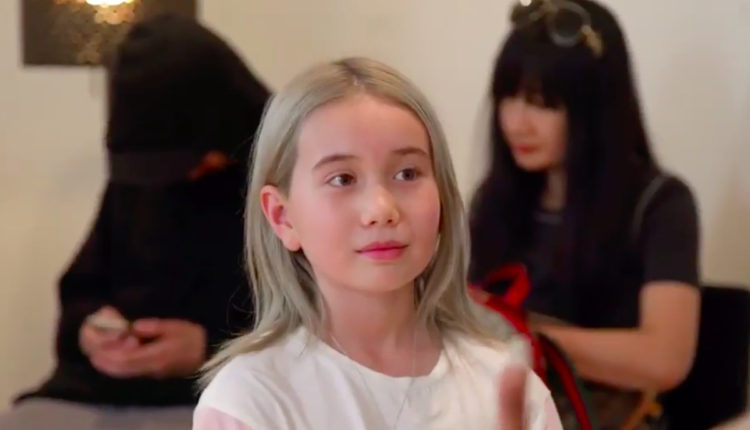 Lil Tay…or someone posting on her behalf just posted a bizarre video on instagram with a creepy caption that reads:

“Let me reveal the truth that millions of people have been asking about for months, this was Lil Tay the last time she was happy, 2 hours before Christopher John Hope, her abusive absentee father ( will go into further details in next posts ) who hasn’t been in her life for years handed her a court order forcing her to go to his home in Canada in which she was constantly abused by Hope and his wife.

He banned her off of social media because he was afraid she would expose the TRUTH to the world, the truth of what he has done and hasn’t been punished for. …#FreeLilTay”

Now if that seemed weird…just wait til you see what else has gone down on the YouTuber’s Instagram… All previous posts on Lil Tay’s instagram have been deleted and only 5 posts remain. Each one lays out incredibly revealing and scathing details about Lil Tay’s father and his alleged other woman.

Lil Tay’s fans have been worried about her since she went dark earlier this summer, after a video of Lil Tay smoking hookah caused a stir. And many became alarmed when she posted a cryptic message on her instagram story that said simply “help me”.

Reporters at The Verge reached out to accused Christopher Hope but received a response from Chris Jones who said the account has been hacked.

Some point fingers at Lil Tay’s brother, Jason Tian, who has also been accused of scripting all of Lil Tay’s antics, beefs, and videos.

So what could possibly be happening now?

The rapper unfortunately passed away in a shooting in Florida, where Lil Tay was supposed to meet him for a charity event, but Lil Tay’s father would not allow her to go.

X’s death had a major impact on Lil Tay, and she posted a tearful video expressing how much he meant to her.

Fans are worried about Lil Tay and are praying she is safe and taking some time to recoup from the spotlight. There have long been concerns that Lil Tay is being exploited, and at 9 years old we’re hoping that’s not the case. But it does beg the question…is it safe to make YouTube stars out of kids?

“Parents need to think very carefully about how the material they are filming is available for the world to see in perpetuity…The first potential harm is simple emotional distress followed by harm to self-esteem, and a loss of a sense of autonomy.”

What do you guys think about these instagram posts? Let us know in the comments or on Twitter at @WhatsTrending.