Does this mean I can get high and combat the munchies all at once? 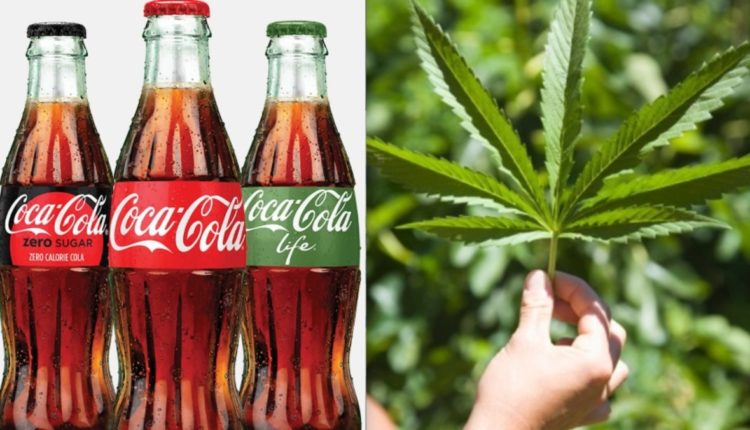 Your Coca-Cola could one day be infused with CBD https://t.co/KmgA8MEIUk pic.twitter.com/5rtN4jBdMR

After the recent legalisation of cannabis in Canada, a few countries have decided to join the bandwagon, with The United Kingdom being one of them. The UK have thought long and hard about this decision, and have stated that within the next five years, the drug will become legal. However, this was never going to happen without a multi-billion-dollar company trying to cash in, now was it?

Coca Cola are the first company to brainstorm money making ideas and have come up with cannabis infused drinks. Yep, you heard that right – drinks that will contain marijuana, so now the whole country can get high with just a sip of a drink!

Coke and Cannabis…..
Potential deal brewing between Coca Cola and Aurora Cannabis to start a brand with CBD Infused drinks. Talk bout getting lit and fizz

We’re pretty sure this is not the best idea, as I don’t think anybody wants a bunch of forgetful zombie like people wandering around the place – but hey, everybody’s different.

The UK have thought long and hard about this decision, and have stated that within the next five years, the drug will become legal. CBD oil brands such as Blessed CBD, based in the UK, are already proving popular amongst consumers, so this trend is only set to continue.

Even though Coca Cola has some of the best minds working for them, they have had a few rough months with their new product ventures. Starting with the peach, lime and ginger infused colas, which people absolutely hated, and now the cannabis drink? Sounds a bit like the minds at Coca Cola might be high themselves…

Don’t get me wrong, this could be one of their best ideas yet, as it could really boost sales for the company and it does seem like Coca Cola are doing this for the right reason. They have stated that they are planning on infusing their drinks with cannabidiol, otherwise known as CBD, which is a chemical extract from the marijuana plant, that has no psychoactive properties.

So, if there’s no psychological effect, then what’s the point? Well, it has been said that CBD can actually help with pain, cramping and ease inflammation. It seems like Coca Cola are trying to enter the medicinal market, by making a ‘recovery drink’, but people are convinced that they’re not doing this to help people, they’re just interested in the money…

Coca-cola and other big companies are not in the business to help ppl. They are not in the medicinal and natural healing business lol. They are going to exploit CBD oil that we are passionate about for profit only. Support businesses that provide real medicine & care about you.

However, with many other brands trying their luck with ‘recovery drinks’, such as Pocari Sweat, it was only a matter of time before Coca Cola tried their hand at the market, too.

Do you think Coca Cola are doing this for the right reasons? Do you reckon they’re doing it for the money? Let us know in the comments, or on Twitter at @WhatsTrending.