One of the most striking stories from “Surviving R. Kelly”, the documentary that puts R. Kelly’s crimes into a damning light by giving them all to us without the spin of the media, or the manipulation the R+B singer usually enters into the mix. While normally R. Kelly’s crimes somehow continue to slide on, be forgotten, or go unpunished, this time around people’s perception around the accused child rapist as an actual accused child rapist seem to stick. The documentary showed a lot of sickening footage, and a lot of sickening stories, and one of the more memorable ones was R. Kelly’s then wife, Andrea Kelly, being swept away in the night while pregnant, almost experiencing a miscarriage, and seeing footage of R. Kelly being arrested for filming child pornography as she held her newborn baby in the hospital. R. Kelly’s monstrosities extended to his family, and his estranged daughter, Buku Abi, has went on Instagram to speak out against her father.

“My mother, siblings, and I would never condone, support or be a part of ANYTHING negative he has done and or continues to do in his life…To the people who feel I should be speaking up/against everything that is going on right now. I just want you all to understand that devastated is an understatement for all that I feel currently… I do apologize if my silence to all that is happening comes off as careless. That is my last intention. I pray for all the families & women who have been affected by my father’s actions. Trust, I have been deeply affected by all this. The same monster you all confronting me about is my father. I am well aware of who and what he is. I grew up in that house. My choice to not speak on him and what he does is for my peace of mind. My emotional state. And for MY healing. I have to do & move in a manner that is best for me.”

The full message can be read below. 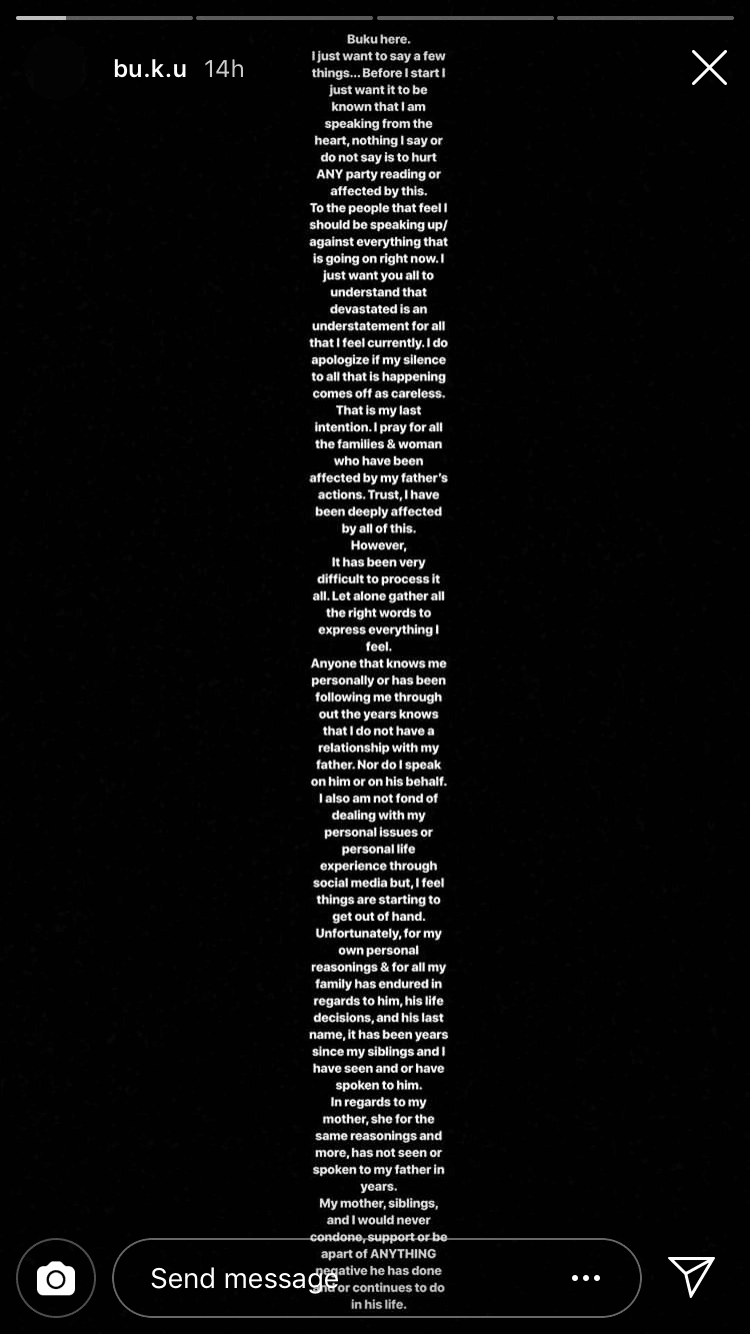 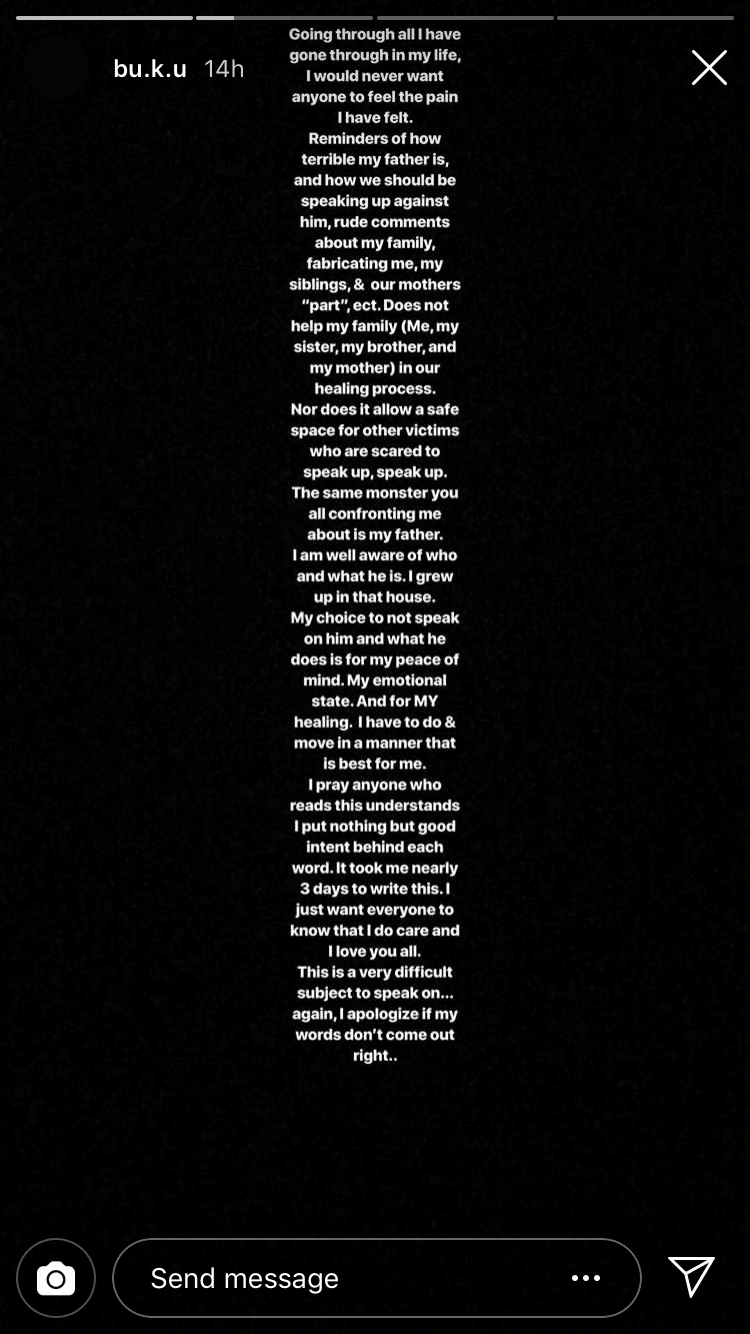 What do you think of Joan Kelly’s statement? Let us know in the comments or on Twitter at @WhatsTrending.