Nike... believed in this! 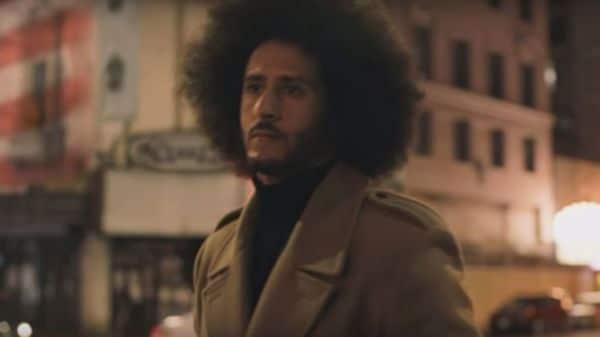 Damn, I guess maybe the kind of guys who cut up their Nike socks and believe that the NFL protests are actually against the National Anthem really aren’t the future. Despite a lot of mostly conservative hand wringing, it looks like Nike’s supposedly risky venture has paid off a ridiculous amount, after online sales jumped an immediate 31% after the ads according to Market Watch. This is in comparison to a 17% rise in sales last year.

This is also in addition to an advertisement featuring Kaepernick played during the NFL season opener, titled “Dream Crazy”. The ad doubles down on the concept that comes with Kaepernick, believing in what you do, even if it means risking everything, and comes with the tagline “It’s only crazy until you do it”. The ad additionally includes Odell Beckham Jr., LeBron James and Serena Williams. You can watch the advertisement below.

It’s at this point key to add that, despite the spin of the far right, Colin Kaepernick’s kneeling during the National Anthem was not to protest veterans or the song itself, but to protest the brutal, unjust and often murderous treatment of African Americans by the police. It’s a topic we have discussed on here time and time again because it continues to happen time and time again.

Choosing Kaepernick to advertise the shoes is more of course than a social justice decision, it is also a marketing one. It is Nike knowing its audience. In the words of Aaron Goldman, a 4C Chief Marketing Officer, as quoted on Market Watch, regarding Nike’s audience: “Racial equality is a top concern for this audience, along with causes like clean-water access and gun control.”

On a broader social level, it shows that the popularity of Colin Kaepernick’s message remains strong, despite the attempts to discredit him or to stop him from playing in the NFL — and the message resonates with a younger audience. One hopes that this speaks well of Kaepernick’s campaign to bring attention to police brutality amongst people of color, as his message is reflected successfully in the free market that those who try to decry his message so adore.

What do you think of the Kaepernick ad or Nike’s growth? Let us know in the comments or on Twitter at @WhatsTrending.

Rihanna Refuses Super Bowl Half Time Show Over Treatment of…

Some People Are BURNING Their Nike Products To Protest Colin…

LeBron James’ “I Promise” School Is A…

Phillie Phanatic Injures Spectator With Hot Dog to the Eye