We all love a good TikTok challenge especially when it involves us all coming together, but this challenge has brought scares to a few families. According to the Daily Dot, 13 year old girl from England who chooses to remain anonymous was doing a TikTok challenge where you place magnetic beads on your tongue and it appears to be pierced. Most of the videos in the challenge show an actual piercing to close off the challenge.

I want I got it #matthewbourge #fypシ #foryoupage #fun #tonguepiercing #fup

According Liverpool Echo, Faye Elizabeth was having stomach issues after many attempts at the challenge. She was then rushed to Whiston Hospital where they assumed her diagnosis was appendicitis or even gastroenteritis until her stomach pains caused her vomit to turn black which is when she knew that something serious was going on. “They did a scan and found 10 of those ball bearings,”  Faye told the paper. Surgeons found 15 total ball bearings after opening up her bowel for surgery.

Faye Elizabeth’s daughter isn’t the only one, Ellis Tripp an 11 year boy had to have his 5 inches of his bowel removed per The Independent. Tripp also was influenced by the Viral TikTok Challenge that led to magnetic beads leaving him in a fatal condition. Doctors assumed as well that he was having appendicitis until their surgical equipment latched on to parts of his organs. the child’s mother shares a heartwarming message explaining how dangerous these beads are.

The child’s grandmother confirmed with the surgeons that he was the fifth child in the past week that needed magnets removed. We may want to blame the beads but, just how influential is social media to our children? We have witnessed two kids from different parts of the world and confirmed more, children enthused by a challenge they see on their phones and almost lost their life behind it. Everyday we are influenced and coheres by what we see on our phones and it dictates our day to day life. 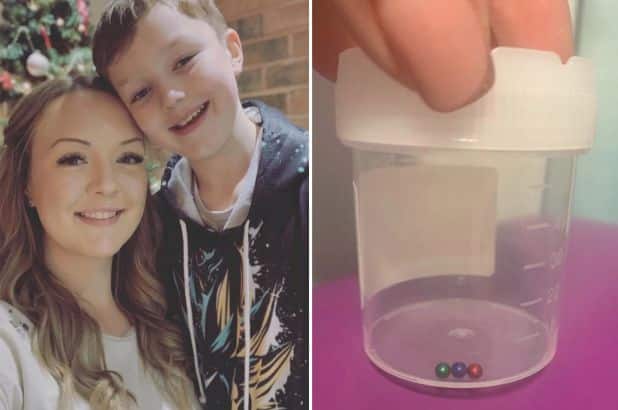