The backlash brews...
By Stephanie Makri

On the same day Underwood came out, entertainment publication Variety reported that Netflix was considering making an unscripted series that will set attention on him “living his life publicly as a gay man” with the guidance of Gus Kenworthy, an out Olympic freestyle skier.

Initially, many took the coming out news warmly, supporting the former reality star, however the petition seeks to emphasize Underwood’s abuse past. 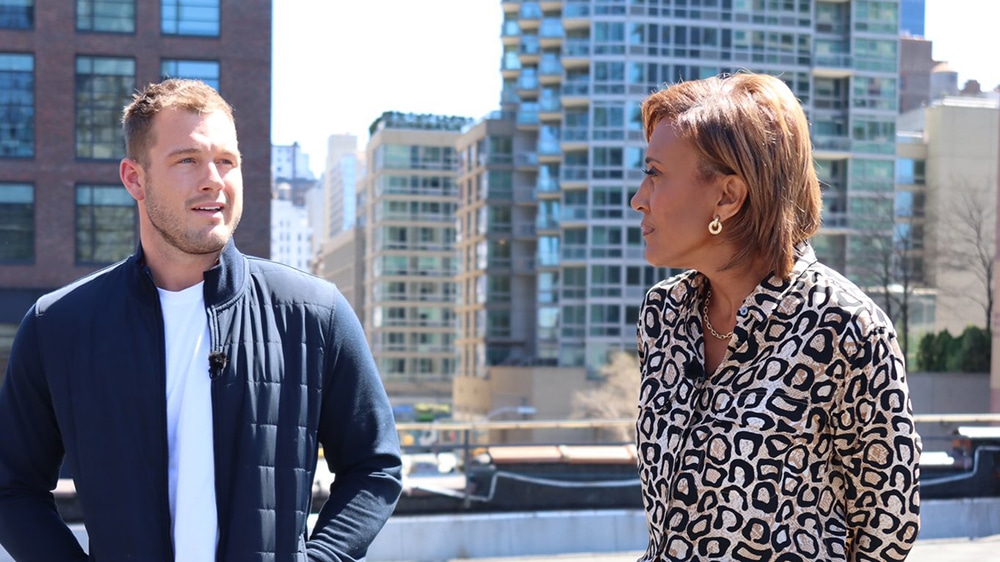 The description of the petition alleges that Colton Underwood mistreated and stalked his ex Cassie Randolph, who he met on the 23rd season of The Bachelor.

The petition read that he apparently, “placed a tracker on her car, sent her and her friends anonymous threatening texts, and was even seen standing outside her window extremely late in the night, resulting in her brother attempting to de-escalate the situation.”

“Cassie is a victim of Colton’s abuse, and he does not deserve a platform in any way,” the petition stated. “Regardless of his sexuality, Colton should not be given a platform as a result of his abusive, manipulative, and dangerous behavior.”

The Aftermath Of The Relationship

Last September, Randolph filed a restraining order against Underwood, although it was later taken down as the duo were able to set records straight between them privately. The petition also includes a link to previous court orders which explain his actions and behaviors further.

These documents claimed that Underwood, “admitted to his roommate and his roommate’s girlfriend…that he goes on multiple walks a day to Ms. Randolph’s apartment building” and that he had verbally threatened her after a visit from a friend.

During that period, screenshots surfaced the Internet of Underwood’s texts to Randolph as well as her friends and family. The attachments also included images of the alleged tracking device he had placed in her car.

According the Us Weekly, the pair’s relationship lasted a little more than a year, starting when he gave Randolph the final rose in the reality series back in March 2019, and ended in now-deleted break-up posts on Instagram in May 2020.

Regardless of his past abusive behaviors, former contestants of The Bachelor publicly supported Underwood following his interview with Robin Roberts, anchor of Good Morning America.

Amongst his supporters included Hannah Brown, who appeared on The Bachelorette during the spinoff’s 15th cycle, and later came 7th when she participated in Underwood’s season. Former host Chris Harrison also expressed sympathy to Underwood’s coming out. Harrison recently announced that he will not host the next season of the show as allegations rose regarding on-set racism.

“Sending you support every step of the way as you continue to embark on your self-discovery journey,” Brown said in a story on Instagram.

During his interview with Roberts, Underwood apologized for the hurt he had caused Randolph.

“I’m sorry for the pain and emotional stress I caused,” he said on Good Morning America last Monday. “I wish it wouldn’t have happened the way it did. I wish that I would have been courageous enough to fix myself before I broke anybody else.”

According to Cosmopolitan magazine, Randolph thanked people for their “kind comments and messages” following the aired segments, however noted that she will be taking a week off from her YouTube channel which she posts on weekly.

The news that Netflix may be bringing out a series revolving Underwood’s life left many aggravated as his past abusive behaviors were described as unacceptable. Users stated that such actions should not be rewarded and given a platform, regardless of the fact that he came out which many initially praised.

My thoughts on this Colton Underwood Netflix deal..abusers don’t deserve the spotlight. Period. Women aren’t just tertiary characters in a male’s story arch in becoming their true self. He deserves respect for his sexuality but he does not deserve respect for his abusive behavior

Colton Underwood stalked Cassie Randolph for months, put a tracking device on her car, stood outside her apt at 2 am, and sent harassing text messages to her, her family, & her friends (according to her restraining order filing). That’s not being in love and making bad choices.

Netflix has yet to make any comments regarding their rumored series focusing on Underwood’s life.