Hello everyone! I’m Rachel the WT Intern and welcome back to another edition of the Sunday roundup, here is what you missed this weekend. We’re covering Shane Dawson, Fathers Day, and Trump’s Tulsa Rally failure.

Jeffree Star and Shane Dawson are Under Fire… Again

Jeffree Star and Shane Dawson are under fire again. And is anyone really surprised?

Early yesterday Jeffree Star cosmetics relaunched the Shane Dawson X Jeffree Star collection that was originally released back in November and sold out almost immediately. However, people were less eager to jump on the new makeup bandwagon this time around.

Information resurfaced about both Shane and Jeffree’s checkered and what some would call racist past comments. And in light of the Black Lives Matter movement that is still surging on around the US folks were looking for an apology.

Neither Shane nor Jeffree has commented on their most recent cancellation quite yet but only time will tell. What do you guys think? Will you be buying any of the restocked items? Or are you done with Jeffree and Shane for reals this time?

so,,,,, shane dawson agrees that beauty gurus who get involved in scandals 24/7 are narcissistic egocentric brats but makes a pass for j*ffree who is that EXACT person because “he’s family to me”???????? chile,,,,, that’s clown shit pic.twitter.com/mrLt1maJi8

shane dawson in his twitter apology still pretending to be poor and sensitive even though he almost drove a 19 year old to suicide pic.twitter.com/kqKekzsMVn

Yesterday President Trump held his first campaign rally since the outbreak of the Coronavirus pandemic in Tulsa Oklahoma. The campaign expected record turnout and was planning on having to turn people away at the door. But that didn’t happen. In fact, thanks to a viral TikTok and the help of K-Pop fans the stadium was barely half full.

Trump spokesperson Brad Pascale tweeted his excitement about the stadium being so full and the crazy amount of ticket requests that the event was getting only to be let down.

Saturday is going to be amazing! https://t.co/u2tQ812odW

After the event, Representative Alexandria Ocasio-Cortez tweeted this sharing her delight with the Zoomers and KPop Stans everywhere.

Shout out to Zoomers. Y’all make me so proud. ☺️ https://t.co/jGrp5bSZ9T

And here is just one of the many Tik Toks that suggested the idea to the teens who reserved all those tickets.

People around the world are celebrating Father’s Day today! Be sure to take a step away from everything you have going on in the world and appreciate the dad’s, uncles, and grandfathers who have shaped us today! In honor of father’s day here are some of our favorite  TV dads! 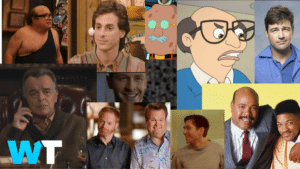