After almost 20 years since the first Legally Blonde movie, it has now been announced by MGM Studios that there will be a Legally Blonde 3 happening. We will have to wait to see what Elle Woods has been up to.

Earlier this week, Reese Witherspoon and Legally Blonde cast mates reunited for a virtual reunion. SNL star Chloe Fineman, moderated the reunion. Fineman was invited by Witherspoon after she saw her impersonate Elle Woods. Cast members such as: Selma Blair, Jessica Cauffiel, Jennifer Coolidge, Matthew Davis, Ali Larter, Holland Taylor, Alanna Ubach, and Luke Wilson were all part of the Legally Blonde virtual reunion. There were many good and funny memories and experiences during the making of Legally Blonde that were talked about in their reunion.

Witherspoon has acted in many movies but the one movie she’s known for is Legally Blonde. “Of all the movies that I’ve made, there is one that comes up more than any other and that is Legally Blonde,” Witherspoon said. “And I think that’s because of Elle Woods. I think she just inspired people to believe in themselves. She just has a true sense of herself and she always wants to see the best in others.”

Fineman asked Witherspoon if she knew how big of an impact the movie would be since people have been talking about the movie for years. Witherspoon responded: “I don’t think any of us knew what this film was gonna turn out to be or how much it would inspire young women and young people across the world.” She also includes how it touches the heart when she hears people have gone to law school because of her character Elle Woods.

What else is Reese Witherspoon iconic for?

“Bend and Snap!” This scene was supposed to be a musical but felt odd and ended up getting cut out of the movie. Cast members mentioned how they spent about a month filming this scene. Who did it better?

Another iconic line is “what like it’s hard?” when Elle Woods tells Warner Huntington she goes to Harvard law school. Her sass in this scene is just amazing.

Just had one of those Elle Woods in Legally Blonde, "What, like it's hard?" moments at work. It was DIVINE. pic.twitter.com/RBn4gQadqB

The movie was first said to come out in February 2021 but prior to the COVID-19 pandemic their plans changed. On October 20, MGM Studios tweeted that the movie will be coming out in May 2022.

What to know about the previous Legally Blonde movies…

Elle Woods is a college sorority girl who decided to go to law school to win back her ex boyfriend Warner. However, after realizing all that she could accomplish she decided she didn’t need Warner. Her journey continued in the second movie where she marries Emmett. 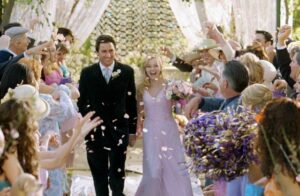 Who is going to write the script for Legally Blonde 3?

The actors Mindy Kaling from “The Office” and Dan Goor from ”Brooklyn Nine-Nine” will be writing the script for Legally Blonde 3. Both actors have experienced the role of being a writer and producer. Kaling has her own show called “The Mindy Project,” co-created “Four Weddings and a Funeral” and created the Netflix series “Never Have I ever,” and “NBC’s Champions.” On the other hand, Goor produced “Parks and Recreations” and ”Brooklyn Nine-Nine.” 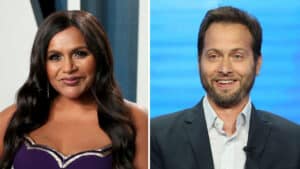 Who is directing Legally Blonde 3?

Original producers Marc Platt and Adam Siegel will be returning with the help of Witherspoon. Although Robert Luketic directed the first movie and Charles Herman-Wurmfeld directed the second movie, it is still unsure who will direct the third movie. Director to be announced.

Now, the real question…Who is coming back?

As mentioned before Reese Witherspoon or should we say Elle Woods will be coming back for the third movie. Unfortunately, Moonie, the Chihuahua who played Bruiser Woods in the first and second Legally Blonde movies, died in 2016. It is uncertain who will replace him. Jennifer Coolidge (Paulette Bonafonté) and Luke Wilson (Emmett Richmond) both said they would love to be part of the third Legally Blonde movie but have not confirmed. There are still no confirmations from any of the Legally Blonde actors without reading the script first. Witherspoon confirmed several of the characters COULD return but it will take a while for us to know exactly who is coming back.

You guys!! It’s a Legally Blonde Reunion. 🎀 We laughed, we cried and we may or may not have done the bend & snap for old times sake! 💅🏽 Join me and the #LegallyBlonde cast tomorrow on the @hellosunshine YouTube channel! PS: Don’t you want to see if Elle & Warner finally make up? pic.twitter.com/dNsHg0F5Nl

Fans are excited and wondering what Legally Blonde 3 is going to be about. Is Elle Woods going to be President?

I said what I said 👏😂 pic.twitter.com/vAbElk1yns

We’ll have to wait and see what Legally Blonde has waiting for us.