Mr. Potato Head has been a staple toy in homes across America, dating back to the early 1950s, when children could pop facial features on and off the potato to create the character they imagined. The traditional and original toy features a mustache, and a hat, while Mrs. Potato Head has big red lips, blonde lips, and long eyelashes. While the features were optional, they have been extremely limited when reflecting today’s modern family dynamics.

Mr. and Mrs. Potato Head have slowly lost popularity as the years have passed, but Hasbro has decided that the characters just needed a little makeover. As a result, the famous toy company has recently announced they are introducing Potato Heads, that stray away from traditional gender norms, dropping the ‘Mr.’ from the name. This allows children to create the storylines they choose that reflect their own perspectives on marriage and family.

On Thursday, Hasbro introduced the new line that will be available next fall in a Press Release stating:

“Launching this Fall, the CREATE YOUR POTATO HEAD FAMILY is a celebration of the many faces of families allowing kids to imagine and create their own Potato Head family with 2 large potato bodies, 1 small potato body, and 42 accessories. The possibilities to create your own families are endless with mixing and mashing all the parts and pieces.” 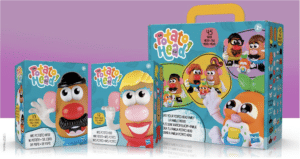 Why It Is Important

Now with the new kits, children can make families with same-sex parents, gender-neutral characters, and families with various gender dynamics. It is 2021, and to be completely, toys finally becoming more inclusive is way overdue. Hopefully, by Potato Head teaching children that they can have toy reflect their lives and their perspectives of the world, other companies will follow their lead.

Before their was ‘Potato Head,’ Mattel introduced gender-neutral/fluid Barbies in 2019. The dolls have features that can be interpreted as girls, boys, and gender non-conforming people. The line was named “Creatable World,” and includes long  and short hair, as well as different clothes, that allow children to decide what they want to their doll to appear as. 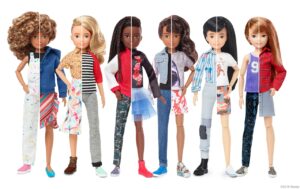 While people loved the fact that toys are becoming more inclusive to young kids, Potato Head was not met with open arms by much of Twitter, rather, many right-wingers found the new toy to be “offensive,” and for liberal “snowflakes.” ‘Potato Head’ has been trending on the platform all morning since the announcement, but the majority of the tweets were incredibly derogatory, which is why we have chosen not to give them a platform within our article.

What do you think of Potato Head? Are you excited for the new toy to hit shelves in the Fall? Will you be buying this for your kids? Let us know in the comments.