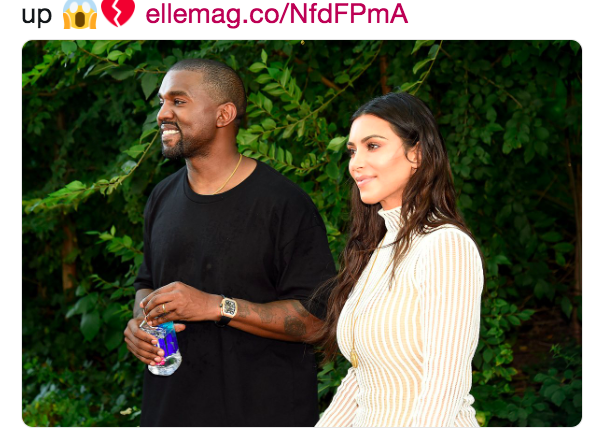 We all know voting is important, but is it important enough to annoy the world through headlines which are just not to be? For the longest time celebrities have been spreading around a Tweet purporting to say that this is the reason that Pete Davidson and Ariana Grande broke up, only to lead you to a page where you can register to vote.

Some people were delighted by it, and some where uhh… very putt off by it, disliking the implication that they were dummies who have to be tricked into voting.

That viral Pete Davidson / Ariana Grande post that links to the voting site is dumb as shit. Really hate the idea that people can't possibly take life seriously & be interested in dumb shit simultaneously. No one should ever watch tv or see movies unless they're about voting

THREAD: I had no plans on voting ever in my entire life. It seems really boring. But then I saw a tweet that said "click here to find out why Ariana grande and Pete davidson broke up" (because my brain is small) and when I clicked on the link it took me to https://t.co/BcXbGIprsU

Well, despite how many people were put off by it, Elle Magazine took a look at it and went “oh, cool! People are talking about it! Positively? Negatively? I certainly cannot tell.” Which led to Elle magazine annoying everyone with a Tweet claiming Kim Kardashian and Kanye West have broken up, leading to a link to a voting registration page.

Well, the people of the Internet were not having it, with luminaries such as Roxanne Gay even jumping in to the (Roxanne) fray, calling the entire matter condescending and weird and dumb.

This is trash nonsense. Who do you think you are reaching with this? Guess what? One can be civic minded and interested in celebrity gossip. Do better.

I think it’s fucking stupid. That was clear right? That is what I think.

I was gonna vote but now I don’t wanna

Splinter went for an amazing bait and switch, by Tweeting out that Elle is going out of business only to a link about just how gross the stunt was.

Meanwhile, if you want to register to Vote, you absolutely should! Heck you can do so here! I’m not going to try to trick you into it as if you’re some dumb goon who don’t not know no nothing! Go vote, you mutant! Register at Vote.org maybe why not! You don’t need Taylor Swift to get you to vote! You need ME! The Taylor Swift of blogging! Me!

Anyway, Elle Magazine has now apologized for the Tweet.

We made a bad joke. Our passion for voter registration clouded our judgement and we are sincerely sorry. https://t.co/cYGGrpfBCz

But I digress. What do you think of those weird Tweets where someone tricks you into going to a voting site by teasing juicy celebrity gossip in front of you? Let us know in the comments or on Twitter at @WhatsTrending.