Dating can be hard.
By Savannah Moss

With the recent pandemic and the awkwardness a first date can bring, dating can be hard. However, we do not normally expect them to go as badly as this date a Dallas radio host experienced. Mason, who prefers to only be referred to as her first name, shared her alarming experience on TikTok, which has since gone viral with over 5 million views. In this TikTok, she explains that she had a first date planned for a Friday night. After waiting thirty minutes, she realized she had been stood up.

Mason explains that after she left, the man had called her two hours later to explain that his father is in the hospital. He then called her after and explained that his father was not in the hospital at all and that he had lied to her. Then, the man left her several voicemails which she shows in this video and the TikToks following them. In the first voicemail, the man complains that he has not heard from her in about an hour and that he would have expected a call back by now, and it is “not cool.” He explains that he was incredibly “honest” and felt as if that deserved a callback. 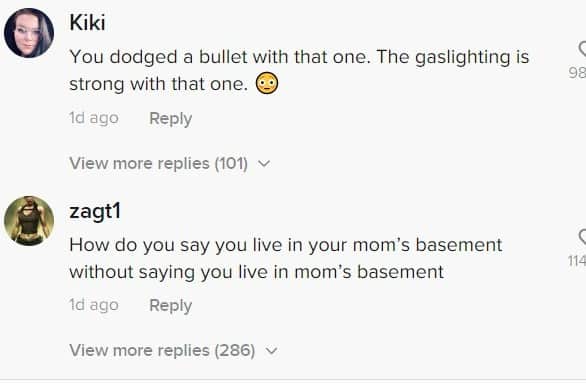 Many were supportive of Mason, explaining that the man in the voicemail was definitely gaslighting her. However, though the initial voicemail was annoying, the continuing voicemails become even more concerning as the man becomes increasingly angry. He demands that she does not put these on TikTok and threatens legal action against her.

In one video, he is yelling and asking why she will not call him back and asks “why would someone do this to somebody else?” Mason carries these videos with extreme charm, laughing as she explains that she is not affected by the voicemails but instead finds them humorous. After listening to the voicemail where he asks that she does not post these onto TikTok, she laughs and says, obviously sarcastic, “I would never! That is the last thing I would do!”  As if things could not get any worse, the man’s mother also calls her to leave a voice message.

All in all, though the messages were most likely a little scary and definitely annoying, Mason continues with a positive attitude. In many of the comments, people are telling her that she dodged a bullet or are also comiserating about bad dates that they have had to experience.