A new investment
By Stephanie Makri

Verizon announced on Monday that they have agreed to sell Yahoo and AOL to the private equity firm, Apollo Global Management for $5 billion. In a statement, it was mentioned that Verizon will reserve a 10 per cent stake in the overall business, with the 90 per cent belonging to Apollo. Even though this price is higher than what was anticipated, it is still less of the $9 billion that Verizon paid to acquire the businesses.

Guru Gowrappan, Verizon Media’s chief executive told employees in a memo obtained by the New York Times, “This next evolution of Yahoo will be the most thrilling yet.”

Following the deal, Guru Gowrappan will continue leading the company.

The sale will also include Verizon’s advertising technology business. 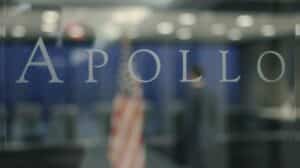 When Verizon bought Yahoo and AOL, it was aiming to run against Google and Facebook as they began becoming the leaders in the industry. The bet placed however didn’t quite work out as Verizon didn’t get as much as they expected in return. Profit transitioned to loss, and simultaneously the antagonists strengthened even further.

Colin Gillis, head of research at Chatham Road Partners said, “There was no synergy from the get-go.”

The Branch-Out Of Telecom Companies

The investments took place when when multiple telecom companies were trying to expand and build a greater base in the industry. Comcast is one of these examples as it initially merged and later bought NBCUniversal. AT&T bought Time Warner for $85.4 billion.

This is not the first time Verizon gets involved in such transactions as last year it sold HuffPost to BuzzFeed.

Apollo values Yahoo as a brand due to its extensive audience reach. In a statement announcing the deal, both Verizon and Apollo highlighted that Yahoo has, “nearly 900 million monthly active users worldwide.”

The transaction is set to be finalized later this year.

Twitter users compared previous offers that were made to Yahoo and Verizon, highlighting the idea that in previous years more money was part of the game.

Microsoft offered Yahoo $44.6 billion for their entire company in 2008, but Yahoo thought it wasn't enough money

Worst acquisition of all time? pic.twitter.com/qXVjpMl6pt

Verizon selling the company that leaked billions of your emails to the private equity firm run until recently by Jared Kushner’s pal Leon Black, who funded Jeffrey Epstein. #HINT https://t.co/dDiu8wrado

Verizon ran Yahoo/AOL companies into the ground.
Many successful services, unique to them, that Yahoo/AOL had cornered the market on, they cancelled, or "improved" them away.
Verizon is lucky as hell that they got 55% of their investment back.
Apollo Global way overpaid.

Time will tell if this transaction will cause the benefits to outweigh the costs and lead to profit for the company.