Ah, the article you readers love. 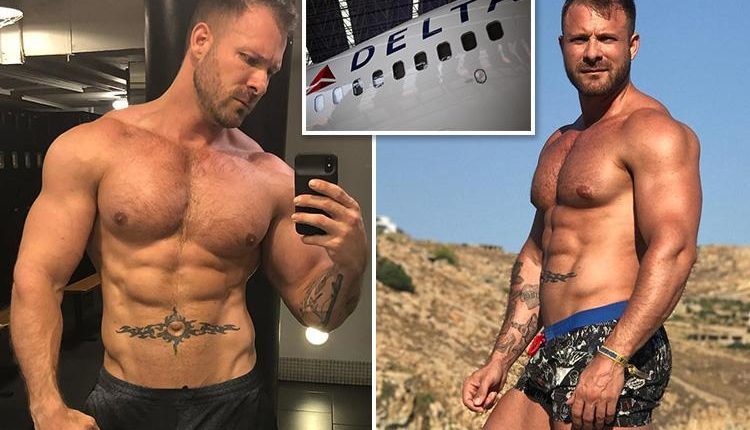 he flight attendant, who wishes to remain anonymous, was reportedly off-duty at the time of the event, but was caught on camera in the airplane lavatory with adult film star Austin Wolf. According to sources, the exchange lasted more than 8 minutes, and apparently was discreet… except for…of course, the video.

The videos have since been taken down, but the employee is in a lot of trouble. The employee is a recent hire in his 20s and reportedly had no idea that the hookup was being filmed, let alone posted online.

Austin Wolf has not commented. Though, The Daily Mail reports they can confirm the video is of him, given his distinctive tattoos including a heart with “mom” written inside and a unique stomach tattoo.

A Delta spokesman said: “This video does not reflect the standards of professionalism expected of our employees while representing the Delta brand or traveling as passengers on Delta aircraft. We have suspended the employee and are conducting a full investigation.”

Joining the “mile high club” is a typical fantasy for many couples, though, passengers could face charges of indecent exposure or interfering with flight crew which could result in jail time for up to 20 years.

What do you guys think about this scandalous leak? Let us know in the comments or on Twitter at @WhatsTrending.

VIDEO: Cardi B RANTS about FANS in New Video