People around the world are dressing to the nines and putting themselves on Vogue Covers. The #VogueChallenge aims to promote Diverse Fashion in  an industry that seems to be lacking.  Additionally it aims to hold the fashion magazine and its affiliates accountable for their promise to the Black community in the midst of the Black Lives Matter Movement. 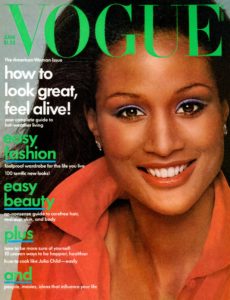 Vogue has been under fire recently for its lack of diversity and representation on their magazine covers. A majority of the US issues of Vogue published over the last 90+ years have featured white men and women. And Vogue did not feature a woman of color, specifically a Black woman, on their cover until Beverly Johnson in 1974 (more than 80 years after the magazine had first launched).

But this challenge is not just a fad that will fizzle out, but rather an imagining of what the fashion industry could be if it made an active commitment to diversity. The challenge was started earlier this month by Norway- based student Salma Noor.

Click for a suprise, edit by me🖤 #BLM #BlackLivesMatter pic.twitter.com/aYxfis9uoo

Noor posted the picture just as the anti-racism and Black Lives Matter protests began gaining the massive momentum it currently has in the US after the killings of George Floyd, Breonna Taylor, and countless others.

“I think the fashion industry isn’t diverse enough yet. We need people with different opinions, backgrounds, religious beliefs, heritage, and life experiences to be highlighted.” Noor said in an interview with CNN about the movement.

Quickly after her post gained popularity the #VogueChallnege soared in popularity. Vogue then curated 20 images and have featured them on their website here, but not without criticism from the community.

Vogue really took all those vogue challenge pictures, posted them on their website, and didn’t pay any of the people featured a cent. Now didn’t we tell y’all this would happen? pic.twitter.com/YCntY552vp

Editors of issues from around the world have made comments about how dumbfounded they are at the beauty and the diversity that has been brought to light with this challenge. Social media users in Kenya and all around the world are now making mock-ups of Essence Magazine to continue to showcase Black Culture.

Regardless, here are some of the best #VogueChallenges that we have found– be sure to check them out.