Rat. We trusted you. How could you. 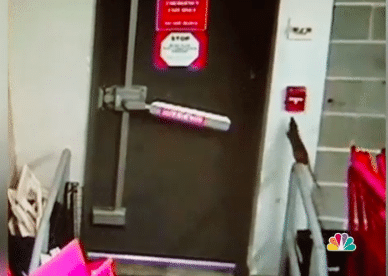 Folks, it’s time for complicated political metaphor time. Get your brainy Bill Maher style smug faces on, because folks… a rat… in DC… pulled a fire alarm. That’s right folks, a rat in Washington DC, in the good old US of A jumped up on a fire alarm, using its filthy but cute little rat butt to push it down. NBC has the footage of this undoubtedly momentous occasion.

A rat pulled a fire alarm in D.C., causing the evacuation of an entire condo building.https://t.co/np5ko0flFN pic.twitter.com/e2qLFZWfxL

A rat in DC raising a false alarm, boy oh boy who do you think it was a Mr. (Look, I don’t know where you political affiliations lie. I won’t pretend to know, just put in the name of the political figure you think most represents a rat pressing a fire alarm with his furry little butt here. I know i won’t judge. I get it man. We all need political humor to get us through these hard times. Well, here we go. A rat pulled a fire alarm. I’m going to say its Henry Kissinger. There we go. Nice non controversial choice. There we go.), do you? Ho ho! Oh, such laughs have we!

I’ll say one thing. If I saw a rat pull a fire alarm. I think. That I. Would probably. Go crazy.

What do you think of the footage of a rat pulling a fire alarm? Let us know in the comments or on Twitter at @WhatsTrending.