Did Azealia Banks Really Eat Her Dead Cat from Her Backyard?

is this.. for real
By Andy Lalwani

Azalea Banks has taken to the Internet to defend herself saying that she did NOT stew up her dead cat.

It all started when Azalea posted on Instagram live digging up her cat. In the post, which was later shared in her feed with the caption  “Lucifer. 2009-2020. My dear kitty. Thank you for everything. A legend. An icon. Forever a serval serve.” the rapper showed how she took the cat from her backyard to the kitchen.

The viral video, which has also now been taken down, was shared across Twitter through multiple accounts. Many people wondered if it was actually real, because who would actually put their cat into a pot to stew up.

But many people did not put it past the singer. Some people said things like:

the mice in azealia banks kitchen watching the cat be made into a soup pic.twitter.com/OS355RjCdV

and even “Azealia Banks when she gets hungry.”

Azealia Banks when she gets hungry pic.twitter.com/JvqimbWyyP

But even Sia went ahead commenting on her weird practices in 2016 saying:

“sacrificing animals for your gain is the wackest shit I’ve ever heard. Get ahead by being awesome, kind and working hard. 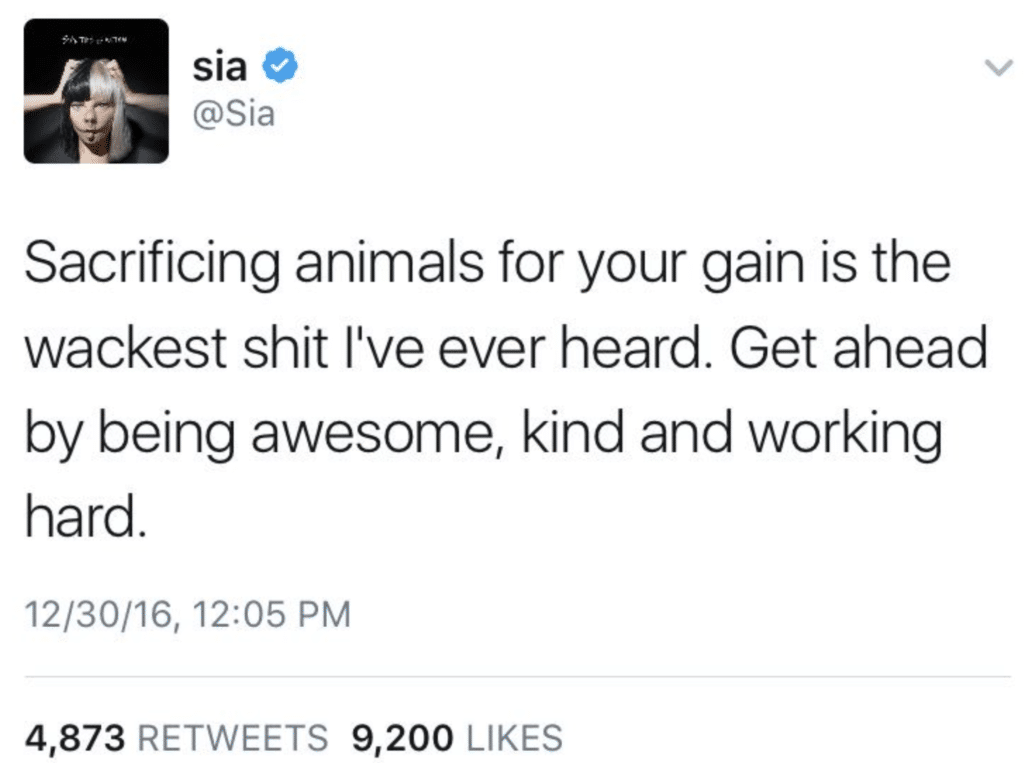 Funny enough back from 2016 Azalea clapped back at her saying,

“And your ugly pasty dry white lady winter skin face is the ugliest fave I’ve ever seen that must be why you hide it all the time. HAVE SOME F— RESPECT FOR MY F— TRADITIONAL AFRICAN RELIGION YOU POMPOUS WHITE BITCH.”

In a series of instagram stories that went out after massive tabloids reported on this, Banks stated that she did not actually eat her cat. She stated, “Why do you think I would eat a dead cat when I can barely eat a dead cow. It’s called taxidermy. Plenty of hunters with preserved deer heads hanging off their wall. Darlings….. You guys are being racist and this is very un-black lives matter of you all.” 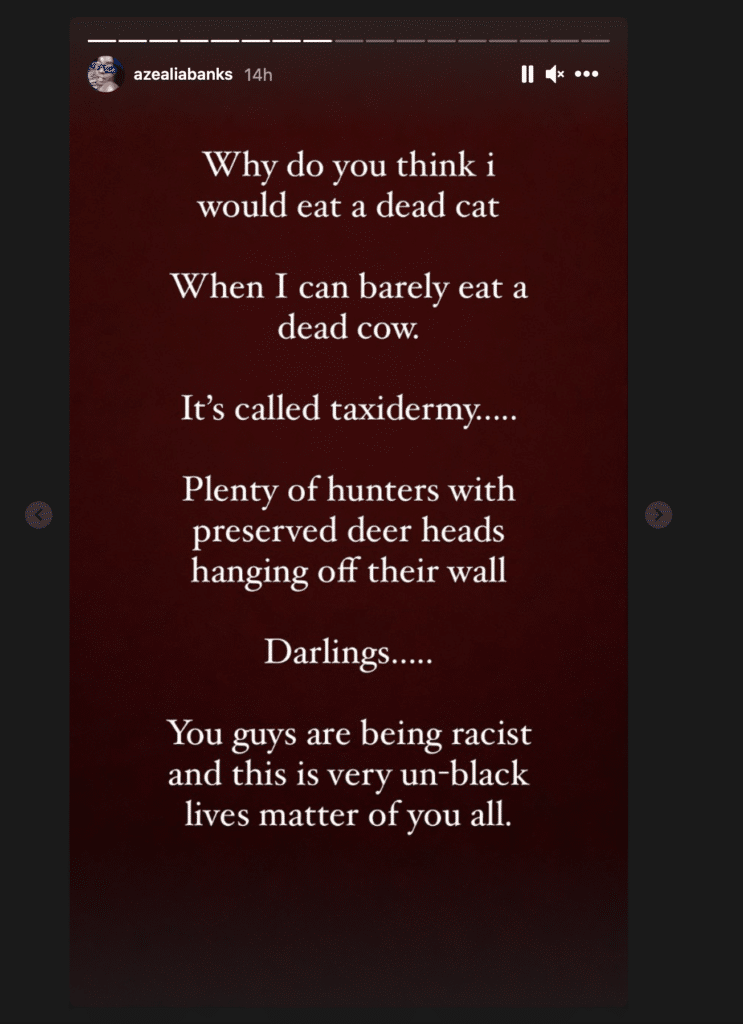 “The cats head is soaking in peroxide to fully clean him, then I’m taking him to a jewelry shop to have it gilded. Lucifer was an icon. He deserves to be preserved. You girls are not tough like me.” 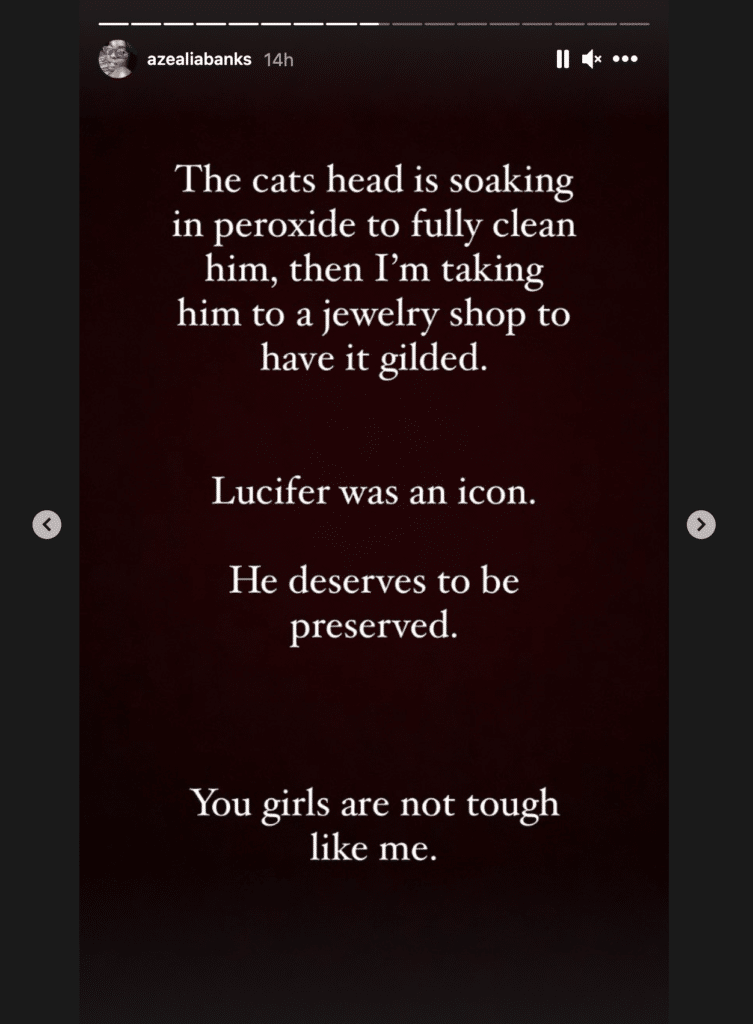 She further went to say “Catholics ritualistically consume the body and blood of Christ at mass. Either the communion is bunk because it replaces true flesh and blood with bread and wine OR, Catholics are all essentially vampires and cannibals. 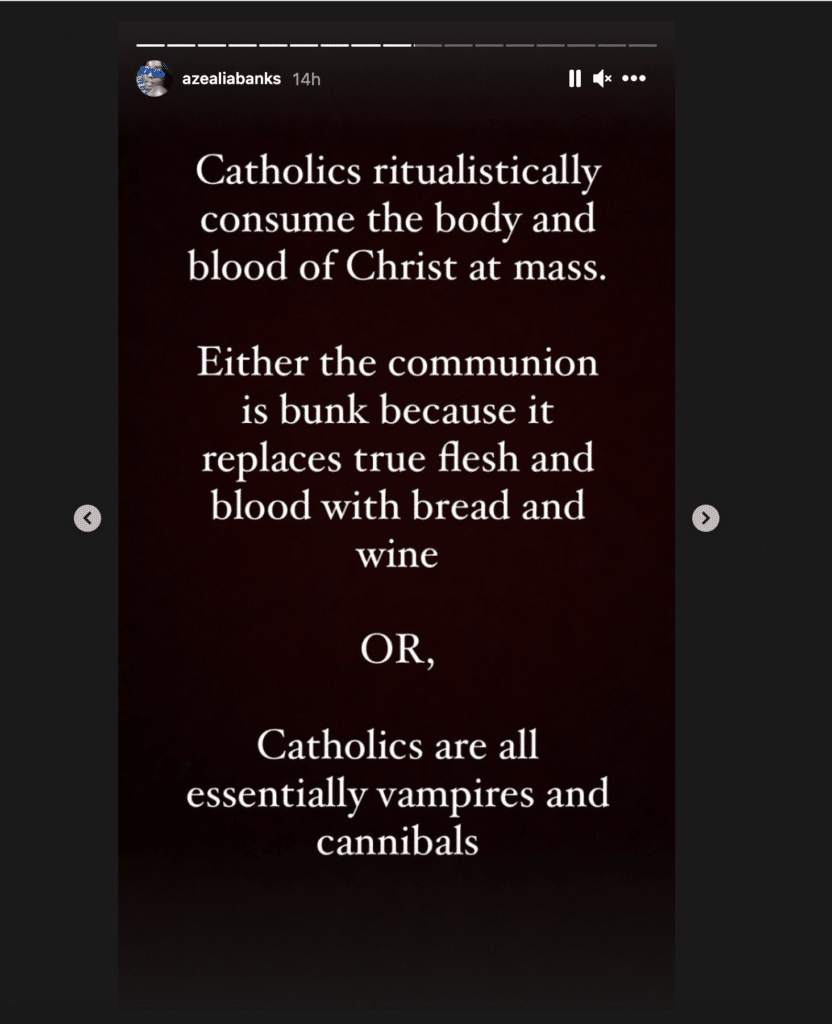 “You may indeed, Kiss my witchy ass.” 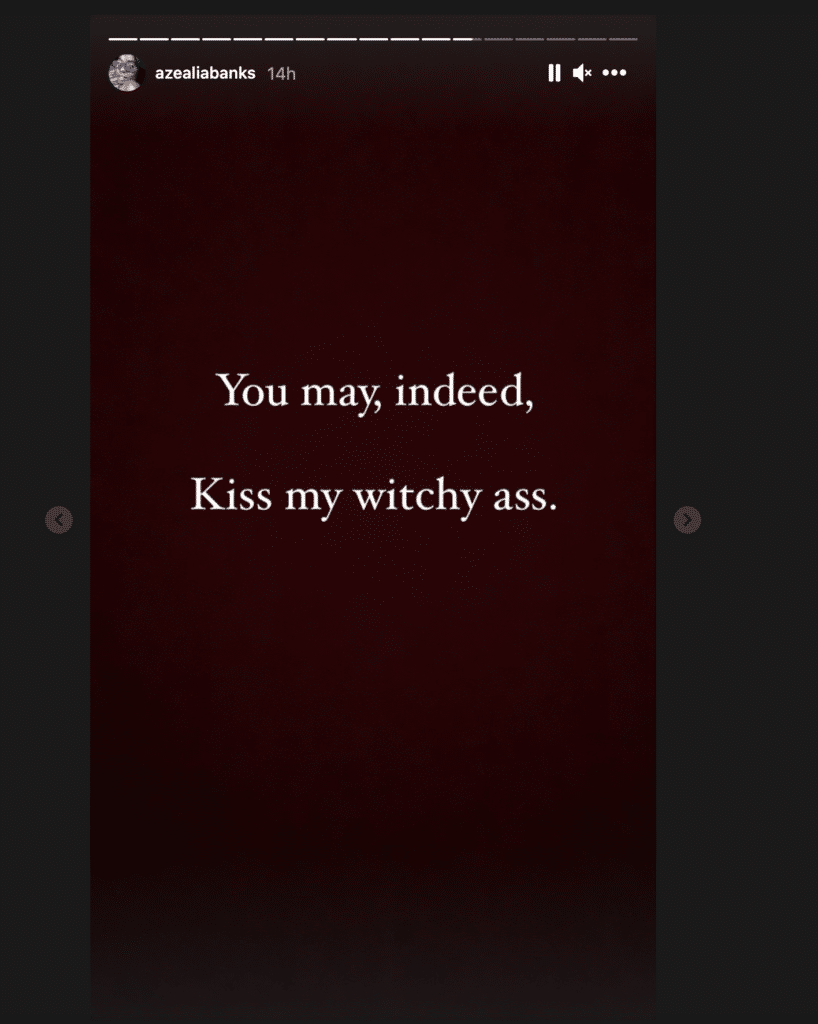 A lot of people are skeptical whether or not these things actually happened seeing her past and more about matters like this. In the end it is up for you decide.