The infamous “Black Panther” actress Letitia Wright has upset a lot of people on Twitter after a podcast from last week.

The star, known for her latest large role as tech wizard Shuri in the Marvel movie, shared a few posts Thursday night regarding an antivaxxer video.

If you aren’t sure exactly what the vaccination at this point entails, we can break that down for you. Those who against a vaccination of any sort, formerly known as an “antivaxxer” refuse to adhere to a broad range of guidelines that many like the CDC come up with. These individuals, from young to old, falsely spread information regarding vaccination, including those that involve COVID-19 in this case. There are claims that vaccinations play a role in factors limited or relevant to things like autism and even likelyhood to get a disease, such as COVID, as a result from the shot itself.

Now back to the tweet itself, which actually led to an hour-long program hosted by Tobi Arayomi. Arayomi speculated that the upcoming vaccines could be harmful to the American people and more, which struck a chord with Letitia it seems. 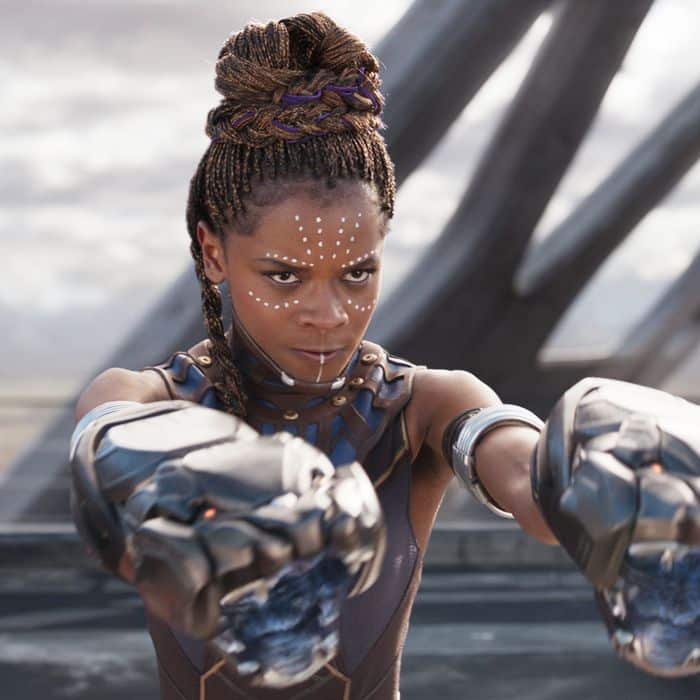 When the post went out from Letitia’s account, many were quick to make a jab, seeing that the first few hours of the tweets had far more comments than likes or retweets. People also wanted to point out that the video she shared also included transphobic and climate denial like content, making many feel that she was irresponsibly encouraging people not to get vaccinated let alone from these other factors. Many wanted to point out to her that this was something undeniably harmful, especially seeing that the United States is in the midst of one of the largest pandemics in history.

Activist and author Mikki Kendall went out of her way to point some facts for the online universe and for Marvel fans as well. Wright pointed out a lengthy amount of problems within threads about the dangers of conspiracies like this one being shared online and how it could impact the rest of the nation even responding to the crisis.

There's a lot of profit in conspiracy theories which is one of the reasons so many con artists use them. They're dangerous precisely because they rely on twisting an ugly history. Virologists and epidemiologists are generally outside the public eye so they don't build trust well

But (and this is the thing that matters) while racial bias has obviously not been eradicated, much better laws and protective guidelines are in place now than at any point in human history. And the Modern vaccine has a great success rate https://t.co/a4pmGAJn7Z

Many even went to the extreme to have her fired or even for “Black Panther 2” to be cancelled as a result.

As of this moment, none of the representatives from Marvel have commented about the ordeal from the weekend or have made any responses to comments online.

The most interesting part of the entire fiasco is that Wright went ahead and liked a few of the tweets claiming that she should be removed from the production of the second movie. The star went ahead and redacted her statements for the backlash saying that she was being “cancelled” for “not conforming to popular opinions and asking questions. She did delete that tweet.

Marvel star Letitia Wright LIKES tweets calling for her to be recast and Black Panther sequel to be cancelled https://t.co/vVVqnCLAPL

“Hot garbage. … I would never defend anybody posting this,” commented fellow Marvel star Don Cheadle. He added that he still wouldn’t “throw her away” over it.

"Hot garbage. Every time I stopped and listened, he and everything he said sounded crazy," Cheadle said in response to the video.

Cheadle ended the tweet saying he “had no idea” about Wright’s vaccine-related opinions, and will take this conversation “off Twitter.” Cheadle was not the only one critical of Wright. Negative comments flooded her tweets, with users calling her sharing of the video “gross” and a “frustratingly irresponsible use of a platform.” Some simply ridiculed Wright. “It takes guts to go on the internet and blast to millions that you intend to kill people because you think doctors know less about medicine than my one weird aunt,” blasted Evan Hadfield, son of the astronaut Chris Hadfield.