Australian reality tv star, Tilly Whitfield, revealed that she was rushed to hospital after attempting a TikTok DIY beauty hack. The Big Brother contestant spilled the details in an Instagram post saying that she was temporarily blinded in one eye after she replicated the TikTok video. Whitfield stated that the beauty hack involved putting needles deep into her skin.

The reality tv personality shared her painful journey on social media of her skin’s reaction to the DIY treatment and explained the reason behind her wearing a blue clay mask during her time on the show. The images showed the 21-year-old with large red marks on mostly her cheeks and nose.

In the caption she wrote, “This is the result of attempting to remove scarring I inflicted on myself trying to replicate an at-home beauty procedure I saw on a TikTok video two months before Big Brother.” 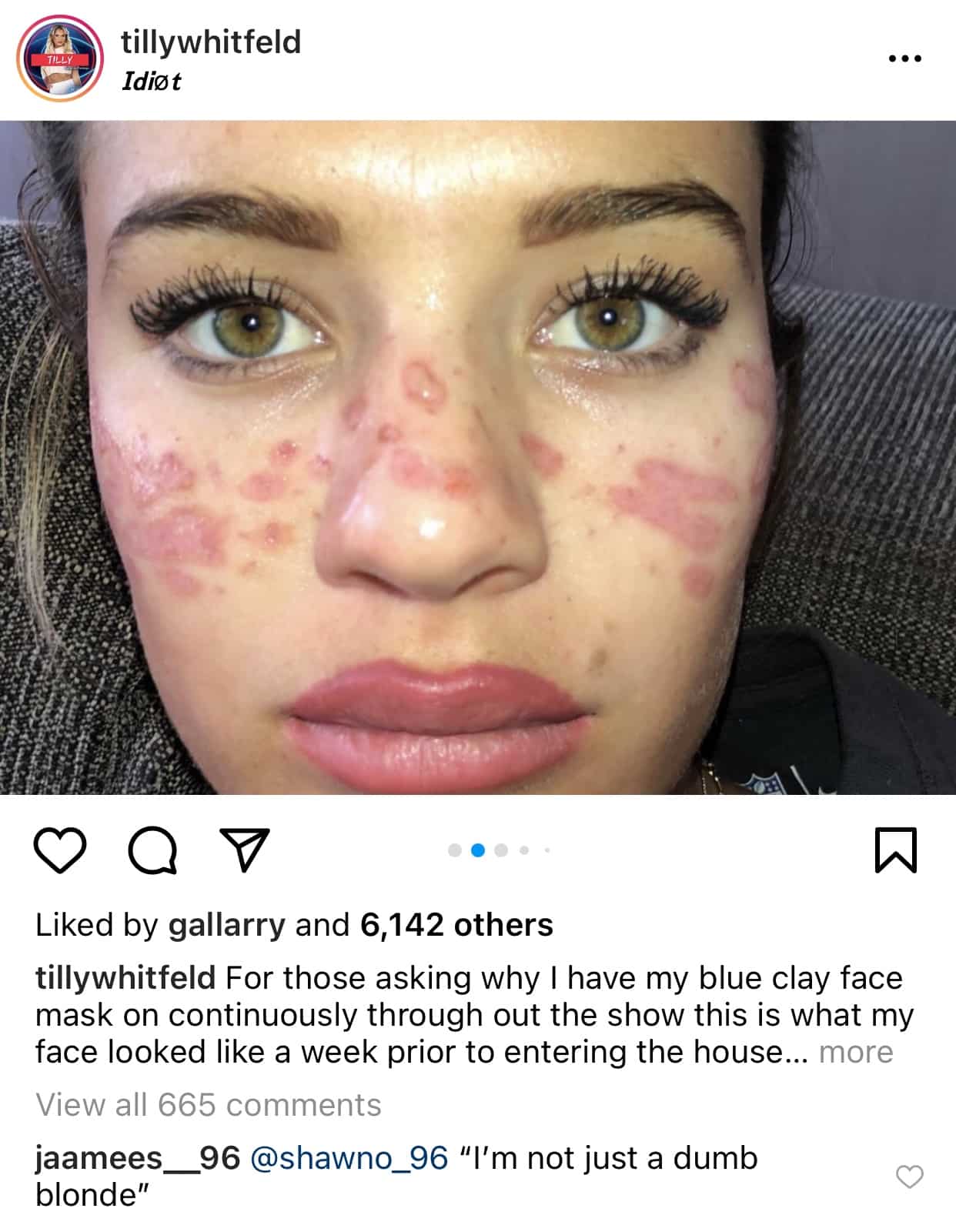 She continued to say that the procedure she followed in the video resulted in an infection  which she couldn’t treat herself.

“I ended up in hospital with temporary loss of vision in my eye due to swelling and was very sick… not to mention my face was somewhat unrecognizable.”

Even though Whitfield avoided to give details of the method and process she went along with, she told housemate Melissa McGorman during a recent episode of Big Brother, “I acupunctured my face recently and I’ve got scars all over.”

She added, “I shouldn’t have done it” and that she had “copied a TikTok video and my whole face is scarred.” 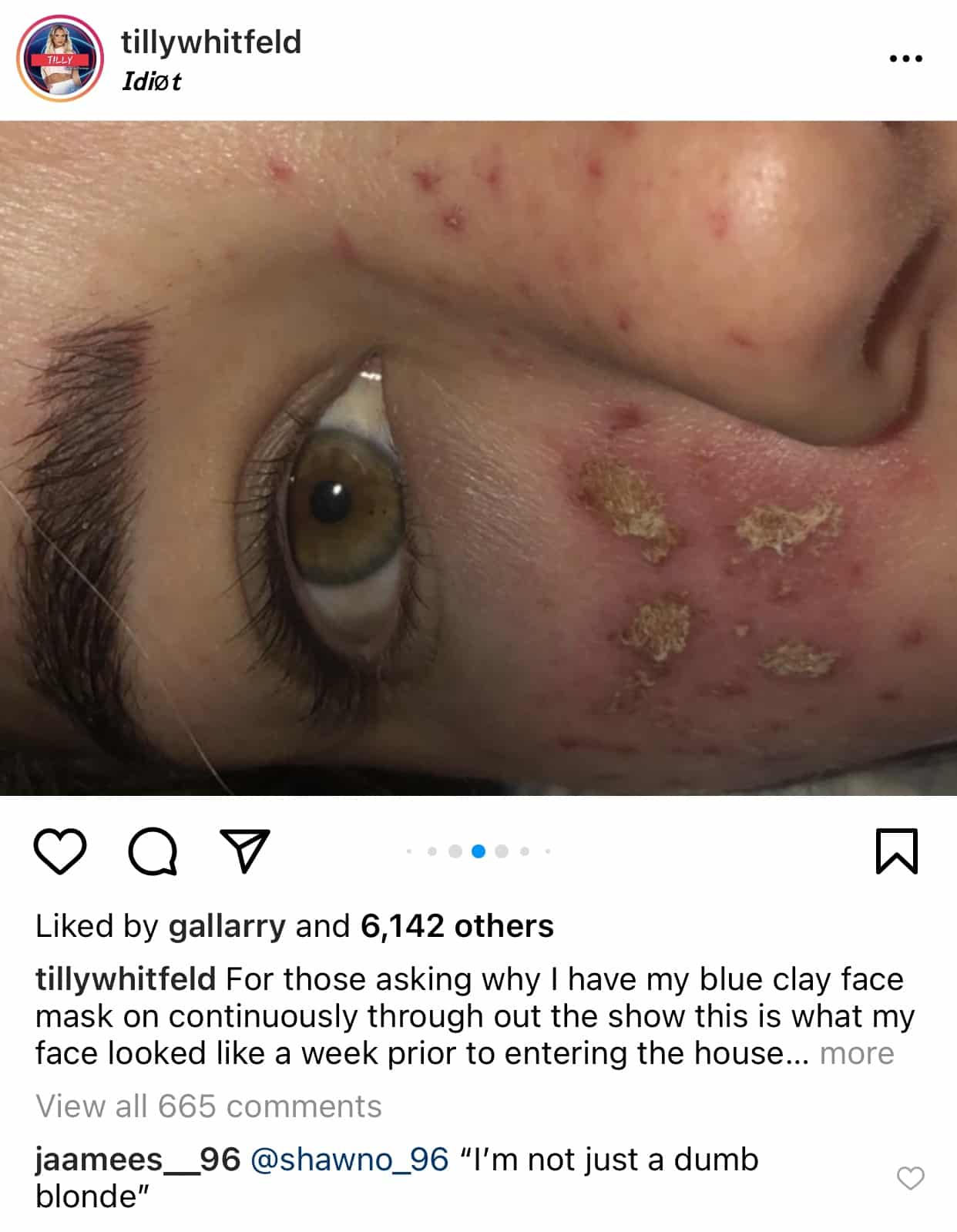 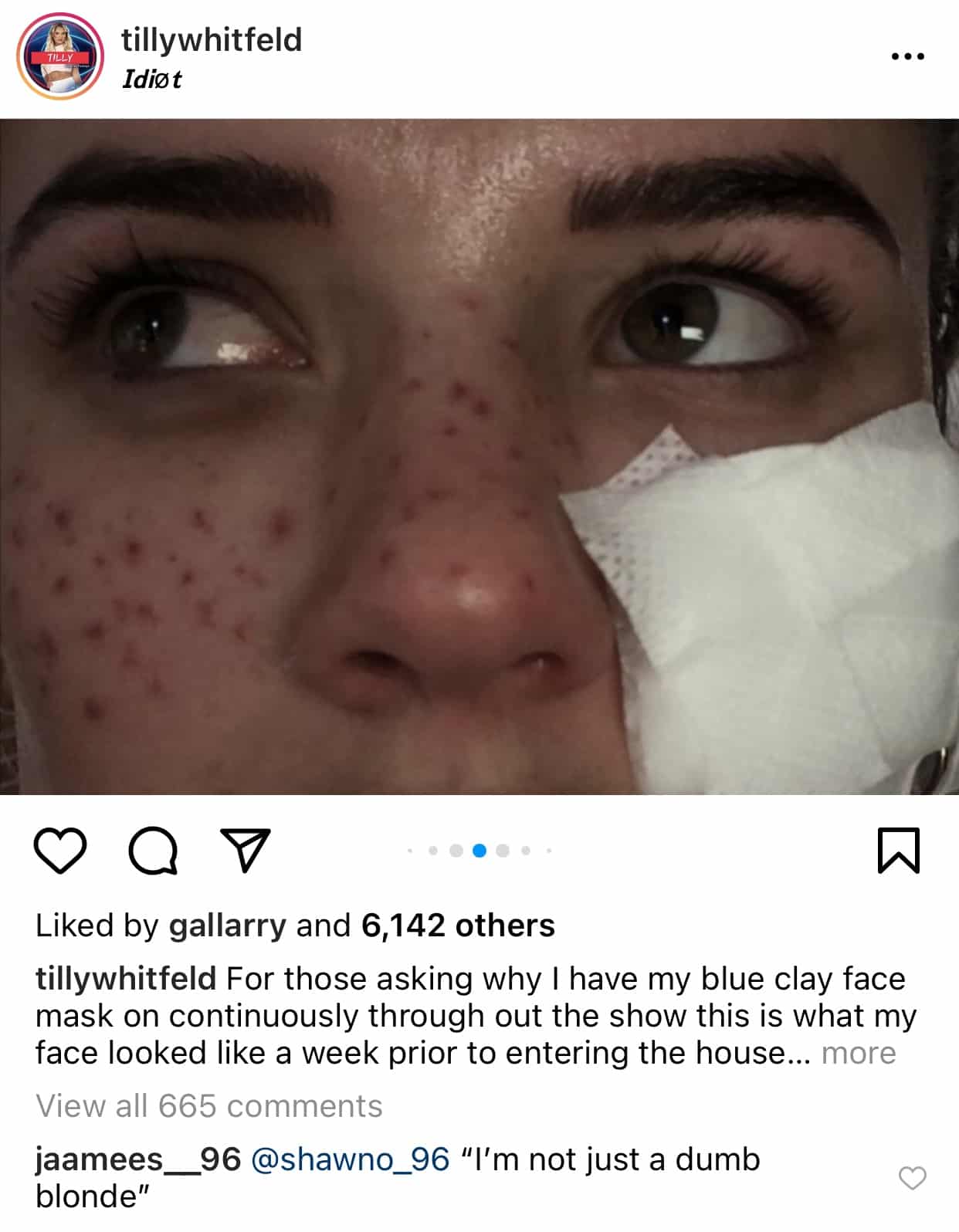 In her post, the Big Brother star added as an edit that the red bumps resulted from, “deep below surface level scarring and dark pigmentation.” She emphasized that she was lucky enough to not have “keloid scarring,” which would need extensive treatment.

Keloid scars occur when the scar is raised to the surface of the skin. These can develop in multiple ways as they may appear as pink, red, skin-colored or darker than the surrounding skin. These typically develop from acne or a piercing, and is sometimes susceptible in spreading further than just the original area of damage.

In an extra edit, Whitfield said, “I literally shoved needles deep into my skin this is not a rash lol.”

Whitfield’s followers were quick to support her and spread their love, emphasizing that she looks gorgeous either way. Many commented on the tv star’s bravery for posting the images in order to avoid others from following the same procedure. 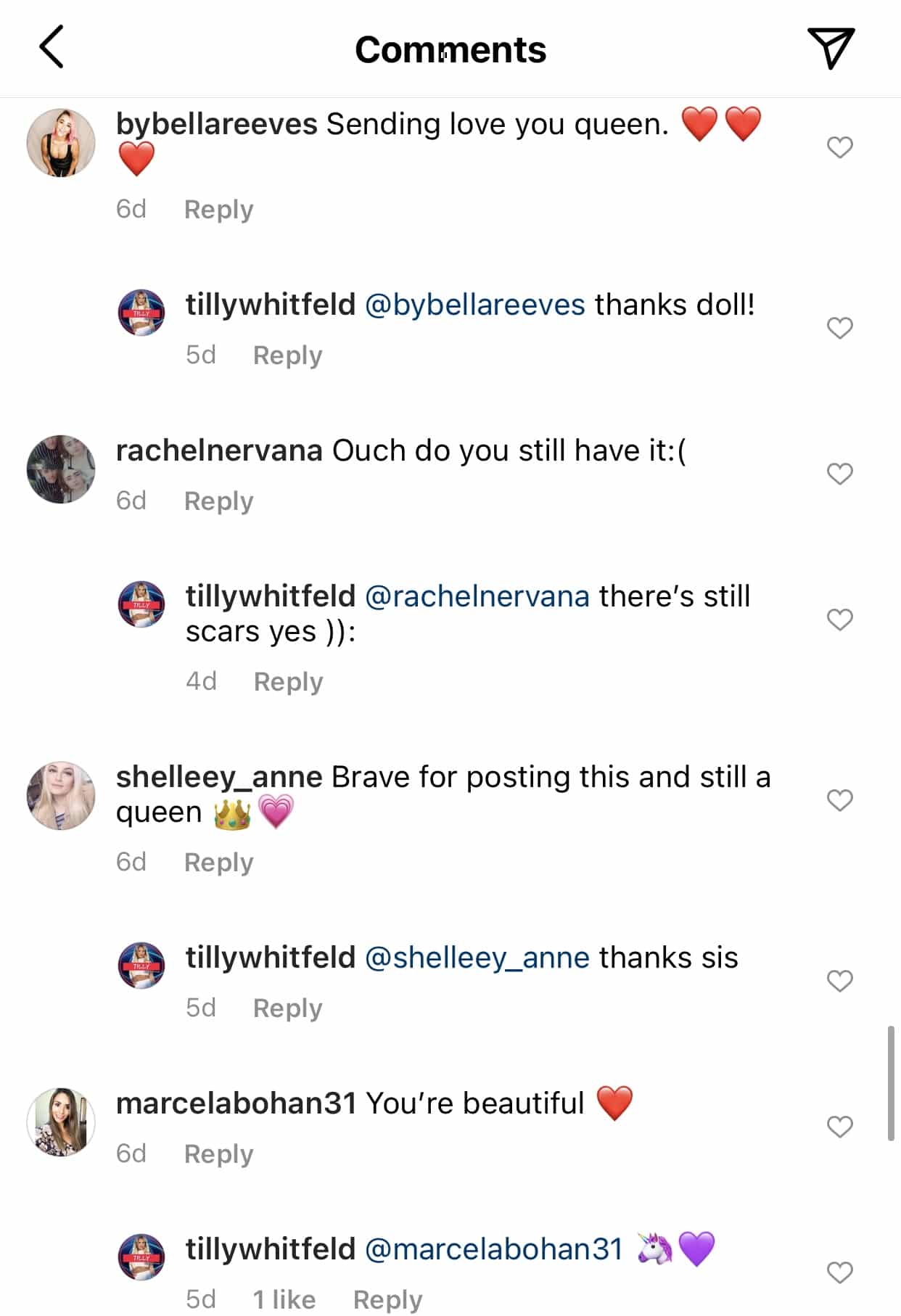 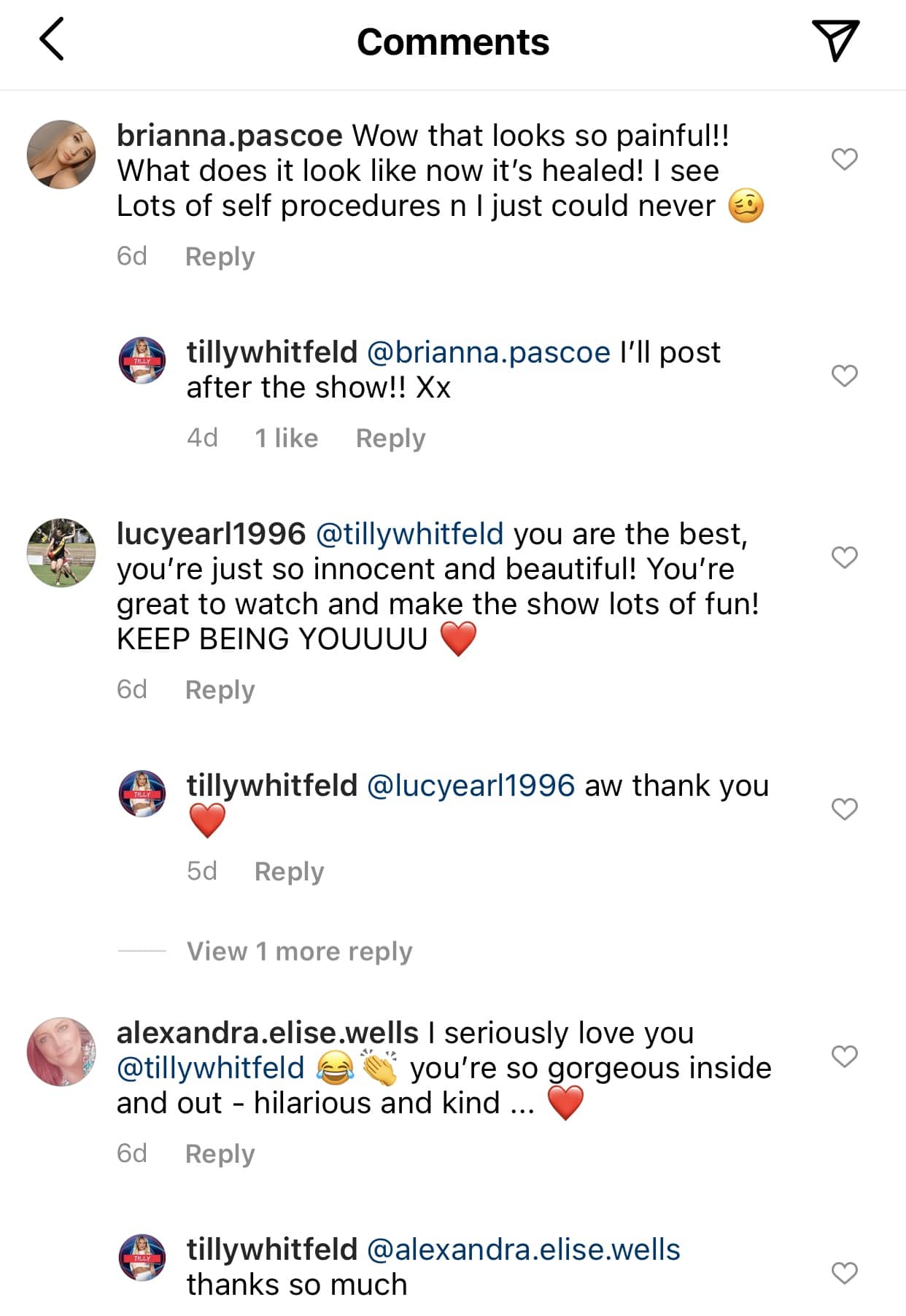 Although TikTok is in the epicenter of DIY hacks, users should think twice before attempting to copy what they see. Whitfield’s experience acts as a warning to her fans not to try any TikTok beauty procedures, stating that it is best to “leave it to the professionals.”