Fans are mourning the separation of comedy's favorite couple...
By Victoria Hunt

After checking himself into rehab for his cocaine and alcohol addiction, the comedian, John Mulaney, has asked his wife of 6 years, Annamarie Tendler, for a divorce. The announcement not only came as a surprise to fans, but to Annamarie who shared “I am heartbroken that John has decided to end our marriage. I wish him support and success as he continues his recovery,” through her spokesperson. 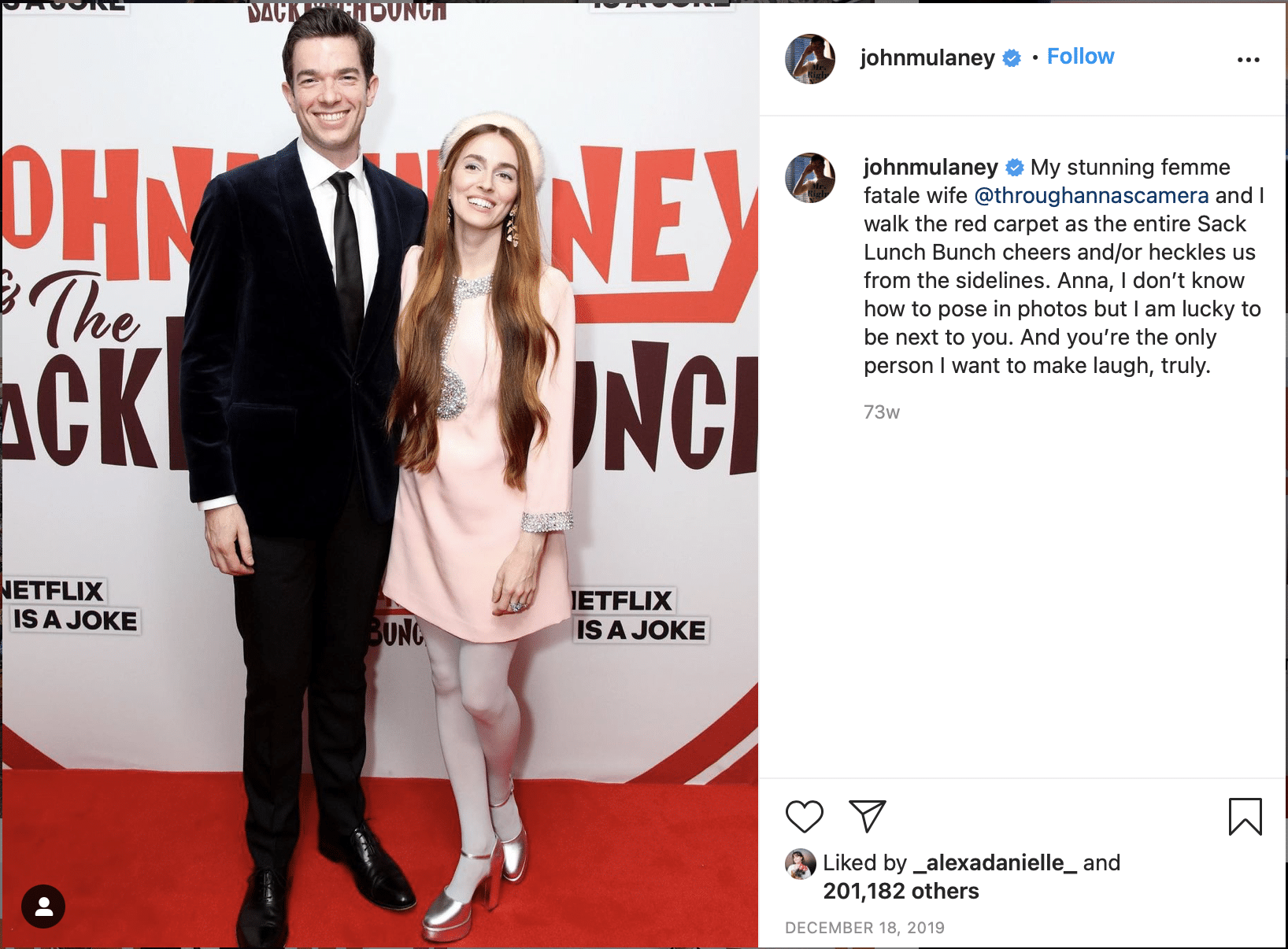 The decision to end his marriage came after a 60-day stint at a rehab back in February, where Mulaney sought help for drug abuse. The two have been publicly dating since 2012, and later married in 2014. Neither of the spokespeople for Mulaney nor Tendler have openly commented on the grounds of the divorce.

Through all of this, the fans who have shipped the couple are left distraught about the announcement and have fled to social media to share their feelings on the divorce.

Most of John’s sketches and stand-up routines focus on his relationship with his wife and their funny interactions, so while she may not be in the public sphere, their relationship is. Because of this, fans have become obsessed with the couple and how cute the two seem to be. The announcement hit extra hard and Twitter does not know how to cope with the news.

Cait wrote, “not me waking up to john mulaney and anna tender getting a divorce.” Same, Cait.

not me waking up to john mulaney and anna tendler getting a divorce pic.twitter.com/0T2Kvuvl0I

Isabel tweeted out pictures of the couple throughout the years with the caption, “apparently John mulaney and Anna are getting divorced no one hmu i’m grieving.” Yeah, don’t reach out to us for a bit. We have to let this sink in.

apparently john mulaney and anna are getting divorced no one hmu i’m grieving pic.twitter.com/OepqzRLYyc

Kay shared this meme writing, “John mulaney’s whole brand was loving his wife…where do we go from here.” WHERE, John, WHERE?

john mulaney's whole brand was loving his wife… where do we go from here pic.twitter.com/xAEKavSUg1

Lauren shared this hilarious picture with the caption, “John Mulaney divorces his wife…and I took that personally.”

Gammie is cracking us up with this one showing how they felt, “John mulaney doing shows again. John mulaney getting divorced.”

The pair have chosen not to have kids but they do share a French bulldog, they treat like a child, named Petunia. Minnie reminded us in a tweet, saying, “John mulaney is getting a divorce 🙁 who’s going to keep petunia.”

john mulaney is getting a divorce 🙁 who's going to keep petunia pic.twitter.com/mRZ0eQBqsT

john mulaney, a known wife guy, becoming a divorced guy is the biggest sign of a society in decline

Despite the funny jokes, we should remember the real life of John Mulaney and Anna Tendler, and the reality that his addiction to cocaine and alcohol have deeply affected those in their lives and his own. Everyone moves in a different direction of healing after coming out of rehab and on the road to recovery, so perhaps, Mulaney is hoping to focus on himself for a while. Either way, we hope the best for Mulaney and Tendler (and Petunia) as they navigate this next chapter in their lives.