it's a big fine
By Andy Lalwani

A gym owner is being fined over one million dollars thanks to his negligence in keeping his gym without masks open to the public.

The owner of the gym, which has racked over what seems to be 1.2 million dollars in fines to be exact, is making his debut on social media packed inside a large gym with muscle and more. In the viral video, he takes aim at the state of New Jersey and their actions against him.

This is Ian Smith owner of Atilis Gym in Bellmawr, NJ.

In terms of casualties, we are experiencing a 9/11 every day.

People are dying all over this country because of assholes like this.

In total, there were over sixty citations issued for the gym to cease operation in its current condition. There have even been threats to have his business license taken away. Smith, like many other Americans in times like this, is claiming that the virus is not based from science and claims that he will never require his people in his establishment to follow suit.

If you have a gym as well, prevent accidents and more with the best gym health and safety consulting service. 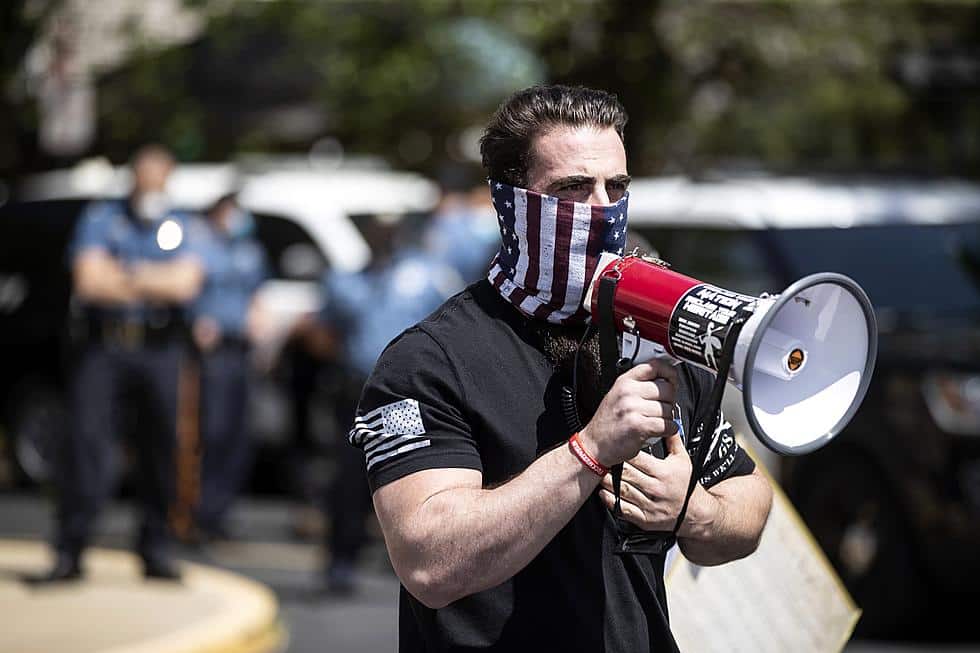 In a discussion with Fox News, the gym owner went on to say how the policies put in place for the State of New Jersey by Governor Phi Murphy did not help the population at all. He said” “Governor Murphy has thrown everything he possibly could to shut us down. He has arrested my partner and I, given us over 60 citations, some of them criminal,” Smith said.

As of tonight, Graham Fitness owner says he has around $80,000 in fines levied at him by WA state for refusing to shut down his gym #Q13FOX pic.twitter.com/0NXOFtddAz

“He fines us $15,497.76 per day for every day we’re in operation. Our fines are totaling over $1.2 million, but every single day, Frank and I open our gym.” Smith also went on to further say that there have not been any cases linked to his gym. The statement, proven to be a baseless claim, had many people online upset with the gym owner. He even went on to say that the government has failed to help provide the relief for many businesses across New Jersey and the United States.

“All of our other safety measures have kept our members safe and as you can tell with the 83,000 visits and no outbreaks linked to the facility,” Smith said. “People are ready to get back to life and we can do so in a safe manner without shutting down businesses and closing them for good.”

Throughout the public showdown, a large amount of Smith’s past has begun to resurface, especially an incident where he killed a 19-year old while driving intoxicated back in 2007.

This is the truth about this gym owner. pic.twitter.com/dRzSulHS6l

Smith ended up running a stop sign and crashed into Kevin Ade, who was pronounced dead at the scene. Smith was found to be in the possession of marijuana and hypodermic needles at the time of the crime, and he plead guilty to second-degree vehicular homicide. He spent five years in prison and three years under supervision.

In protest to the current gym fiasco, the victim’s uncle, Robert Henchy, stated that many people have been pouring in with donations in Ade’s name to the HERO Campaign for Designated Drivers.

“It shows he has no regard for the law,” Robert said. “He drove drunk, killed somebody, gets probably one of the lightest sentences I’ve ever seen and now 13 years later, you’re out defying the law once again.” Robert’s wife and Ade’s aunt Beth Henchy says Smith’s actions have caused their family’s wounds to be reopened once again.

“I used to drive in my car and say, ‘I forgive. I forgive Ian Smith,’ hoping if I said it, I would feel it,” Beth said. “And then I look at this and… I’m angry again.” Smith responded to the tragedy in a video posted to Instagram, where commenters accused the gym owner of not learning his lesson.

In the end, users on Twitter have been expressing their concern and how Smith is again endangering lives. Yet, Smith has gained a significant amount of money from those who feel the same as him. A GoFundMe page for the gym’s legal fees has brought in nearly $350,000 and praise across the country.