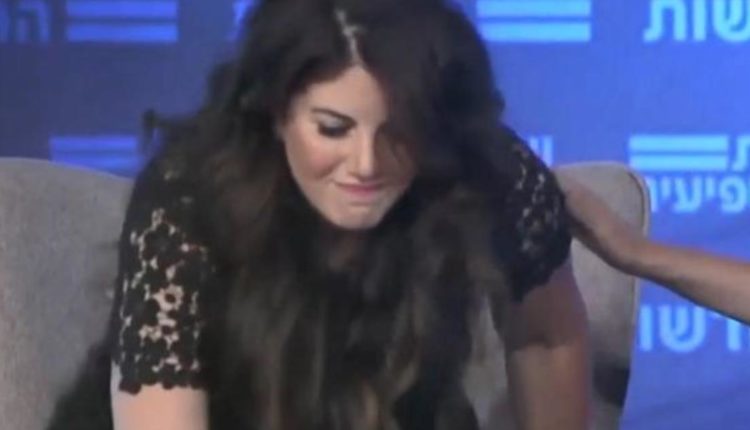 Monica Lewinsky walked out of an interview in Jerusalem with Yonit Levi for Channel 2, after Yonit Levi immediately asked Lewinsky if she still expected a personal apology from Bill Clinton. Monica Lewinsky then walked off, saying she can’t do this, and later released a statement saying that the question was outside their agreed upon parameters.

.@MonicaLewinsky walking out abruptly on @LeviYonit (chief anchor at @NewsChannelIL ) few seconds into her on stage live Interview after being asked: do you still expect a personal apology from Pres. Clinton. “Sorry, i cant do this”. pic.twitter.com/ZN3BiGViwF

The network claimed that their question was “legitimate, worthy and respectful”. Lewinsky released a statement on Twitter below explaining her reasons for leaving, apologizing to the audience, and explaining that she hoped her walk out was a lesson to women to stand up for herself.

so here’s ?? what happened… pic.twitter.com/Y7gLs3SDLF

Monica Lewinsky however was completely right to walk out.

Since then Monica Lewinsky became an anti bullying advocate (a real one, not like whatever the heck Melania Trump is doing), and for good reason. She may have been one of the most bullied women in modern history, with everyone from comedy shows to news programs mocking her sexual proclivities. It’s understandable then why Monica Lewinsky walked off — it was another example of the press and the public thinking that she owed something to them, rather than taking in the message that she has been giving.

Although the network may call the question worthy and respectful — putting their own needs far far far above the subject they were interviewing, and trying to claim authority on a subject that this woman has lived with more intimately than anyone could imagine — it was clearly a crossing of an agreed on boundary. As Monica Lewinsky’s statement shows, it is important for women to claim their autonomy over thier time, and she has done just that.

But what do you think of the walk out? Let us know in the comments or on Twitter at @WhatsTrending.

Paul Rudd and Jason Segel do Interview WHILE HIGH

A video of “road rage Karen” is going viral online, but there’s a lot more to this story and the people…