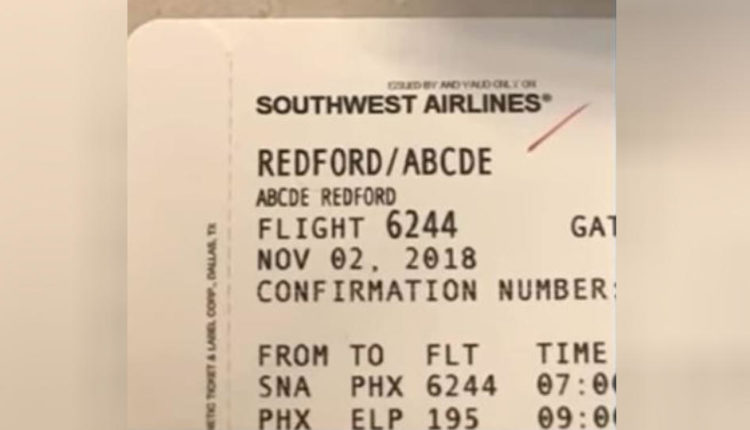 When you think about giving a weird name to your child you can open your kid up to being a unique, special, one of a kind kid who sticks out — which is also what every kid is terrified of! Sticking out for the wrong reasons! Ahhhh! Take for example the story of one Abcde, a five year old who — again — is named Abcde, not a typo, just the first five letters of the alphabet. When her mother noticed that airline workers at Southwest were making fun of her name, as printed on a ticket (and pronounced Ab-City by the way), her mother was outraged, and told the workers that if she can hear them talking about this, her daughter definitely can!

The mom then went online and put out a statement, talking about how outraged she is at the treatment her child and her non-traditional name received!

Name shaming? This Texas woman claims a @SouthwestAir agent made fun of her 5-year-old daughter's name as they were preparing to board their flight at @JohnWayneAir in Orange County.

Southwest released the following statement, apologizing for the upset feelings caused in the wake of this story, saying:

“We extend our sincere apology to the family. The post is not indicative of the care, respect, and civility we expect from all of our employees. We have followed up with the employee involved, and while we do not disclose personnel actions publicly, we are using this as an opportunity to reinforce our policies and emphasize our expectations for all employees.”

What do you think of this story? Is it okay to give a child a name this odd, or is that opening up the kid to being teased? And is Ab-City kind of an awesome name? Like it’s a city full of abs? Or of hunks? It’s like Brooklyn or something. In any case, let us know what you think of Abcde’s name and Southwest’s behavior in the comments or on Twitter at @WhatsTrending.

VIDEO: A Famous Rapper KICKED OUT Youtuber Mikita Dragun for Being Transgender