How can you actually reunite someone who hasn't exactly split up yet? 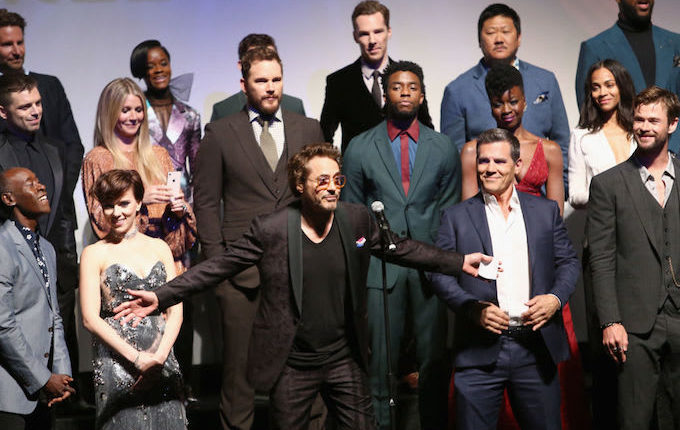 Here’s how prevalent nostalgia has come: we’re celebrating things returning before we even see them go away! Case in point — the Academy Awards have announced they will be reuniting the massive cast of Marvel’s Avengers franchise a mere two months before we’re going to see them do whatever it is they’re going to do with Thanos before they slide away to make room for Ms. Marvel, Carol Danvers and The Eternals or whatnot.

That’s right, the Avengers are being united based on the sole knowledge that some of them may or may not make it back from Avengers: Endgame. Hell, maybe they’ll all be back and just not starring in their own movie. Maybe none of them will be back, but I can’t wait to return to this clip from the Oscars and tear up as if this is the first time I’m seeing them onscreen after the Hulk’s heroic sacrifice before the infinity tablet, or whatever.

The original Avengers (Iron Man, Captain America, Black Widow, Thor and The Hulk) shared the Oscar stage already in 2013, but since then the roster has expanded to include The Vision, Spider-Man, Scarlet Witch, War Machine and sort of Dr. Strange, Ant-Man, The Wasp, Captain Marvel, The Guardians of the Galaxy and Black Panther. Not to mention Spider-Man’s friend Ned Leeds who, in a just universe, should really be a part of this Oscar get together.

In any case, the Oscars are gasping for relevancy and ratings when they should be celebrating the movies. Why do they care about getting audiences to go “Oh look! It’s Ant-Man’s sort of boss, the guy from ‘The Kominsky Method! Well that’s nice!” In a year when we got Roma, The Favourite, If Beale Street Could Talk, and even the in Marvel Universe Black Panther blew people’s minds it’s crazy that the Oscars whisper and go “Look fellas, it’s the Hulk! You like him!”

Anyway, get ready to see Paul Rudd and Brie Larson make jokes about Blackkklansman at the Academy Awards, airing on February 24th, 2019 with, seemingly officially, NO HOST. Well, good luck, The Oscars. Sorry you were too good to ask Patton Oswalt, or whatever.

What do you think of this pre-emptive reunion? Let us know in the comments or on Twitter at @WhatsTrending.