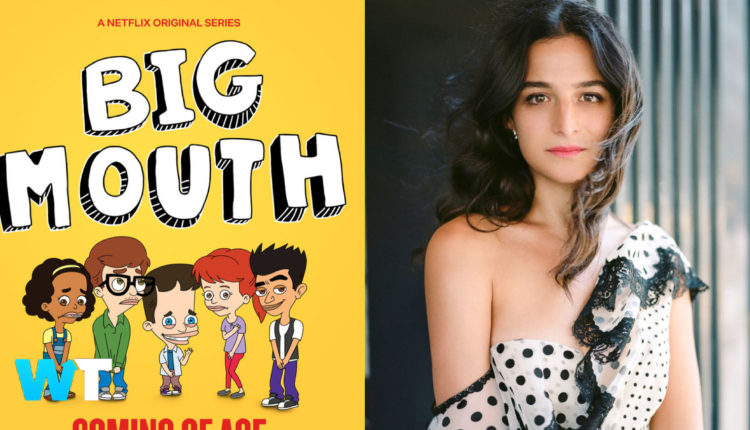 On Wednesday, June 24th, American actress Jenny Slate announced that she will no longer play the role of Missy in the cartoon series Big Mouth. Big Mouth is a Netflix original sitcom which premiered in 2017. Since then, the show has successfully gone through 3 seasons. Big Mouth primarily illustrates the story of protagonists Nick Kroll, John Mulaney, and Jessi Klein as they go through puberty. “Missy” in the show is a biracial character, with an African American father and a white Jewish mother. Jenny Slate had always play this role, but now, the show is looking for a new crew member.

Slate claimed that at first, she agreed to play the role because Missy’s mom is much like the actress herself. However, she now refers to this decision as “flawed” and “an example of white privilege.” She asserts that “Black characters on an animated show should be played by Black people.” By playing Missy, Jenny believes that she engaged “in an act of erasure of Black people.” By giving up the role, Jenny hopes to give the voice back to whom it belongs because “Black voices must be heard” and #BlackLivesMatter.

In light of the recent events, some people think Slate made the right move. One user commented that this act is “so brave and selfless. ” Similarly, many others appreciated Jenny for giving up her opportunity and striving for justice.

However, while the group above supports the decision, some other people question whether Jenny’s quitting is actually necessary. A user pointed out that Missy had never refused her half-Whiteness and half-Jewishness. Some said an actor’s job is to demonstrate all walks of life and Jenny shouldn’t take the blame for doing her job.

Nancy Cartwright is the voice of a little boy on The Simpsons. It’s cool.
Just part of playing pretend.

As one user identified, this is a “complicated subsection of a larger casting issue.” While the solution seems ambivalent at the moment, the film industry is taking the time to reflect on what’s right. Indeed, Jenny had done her job of reflecting on what her role as an actress means. In the end, it’s valid to credit Jenny Slate’s courage to speak up and to act upon. What do you think? Comment down below!

This is a really complicated subsection of a larger casting issue in animation, and while I believe Jenny Slate should be in everything I also think she's made the right call here. https://t.co/sfJfXolTPq

Last week, people also argued whether an American actress can play the role of Princess Diana. Check out this article to learn more.